Main Lines and Side Lines
Author
Gujarathi Vidit
Out of stock 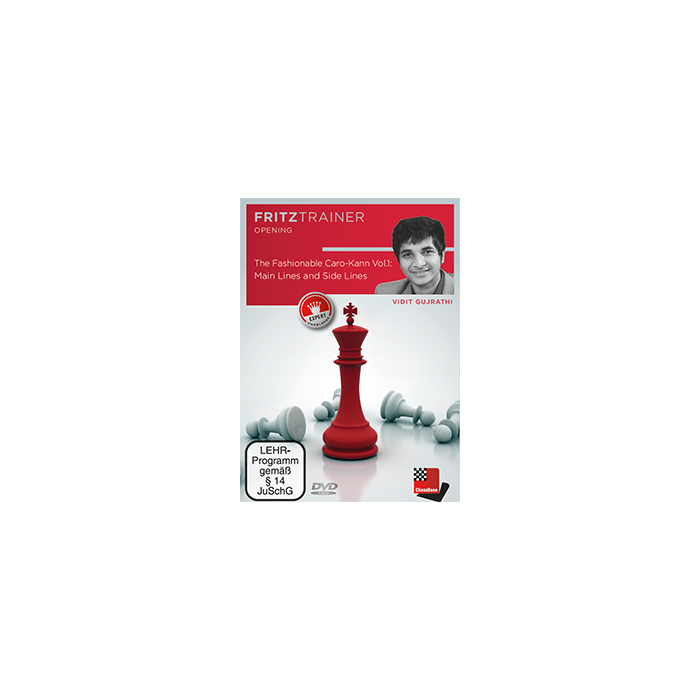 The Caro Kann is a very tricky opening. Black’s play is based on controlling and fighting for key light squares. It is a line which was very fashionable in late 90s and early 2000s due to the successes of greats like Karpov, Anand, Dreev etc. Recently due to strong engines lot of key developments have been made and some new lines have been introduced, while others have been refuted altogether. I have analyzed the new trends carefully and found some new ideas for Black. The dynamic play based on a strong strategic foundation has always fascinated me, and in these DVDs I have suggested the lines which I personally prefer and employ in practice. Recently at the World Rapid and Blitz Championships at Qatar I used many of them with great success, managing to score important wins over top GMsVachier Lagrave, Radjabov, Jobava and drawing against Vishy Anand. I am sure you will learn a lot about the opening and will enjoy the battle for the light squares. Main Line 3.Nc3 dxe4 4.Nxe4 Bf5 5.Ng3 Bg6 Panov Attack 3.exd5 cxd5 4.c4 Nf6 Fantasy Variation 3.f3 King’s Indian Attack 2.d3 d5 3.Nd2 Exchange Variation 3.exd5 cxd5 Two Knight’s 2.Nc3 d5 3.Nf3 Nf6 œ Video running time: 4 h 31 min (English) œ With interactive training including video feedback œ Exclusive database with 50 model games œ Including CB 12 Reader Vidit Gujrathi is an Indian grandmaster currently rated 2673. He won the U14 World Championship in 2008 and gained a bronze medal at the World Junior ChessChampionship U20 in 2013. He represented India at the Olympiad 2016 in Baku. He also works as a second for Anish Giri. System requirements: Minimum: Pentium III 1 GHz, 1 GB RAM, Windows Vista, XP (Service Pack 3), DirectX9 graphic card with 256 MB RAM, DVD-ROM drive, Windows Media Player 9 and internet connection for program activation. Recommended: PC Intel Core i7, 2.8 GHz, 4 GB RAM, Windows 10, DirectX10 graphic card (or compatible) with 512 MB RAM or better, 100% DirectX10 compatible sound card, Windows Media Player 11, DVD-ROM drive and internet connection for program activation.