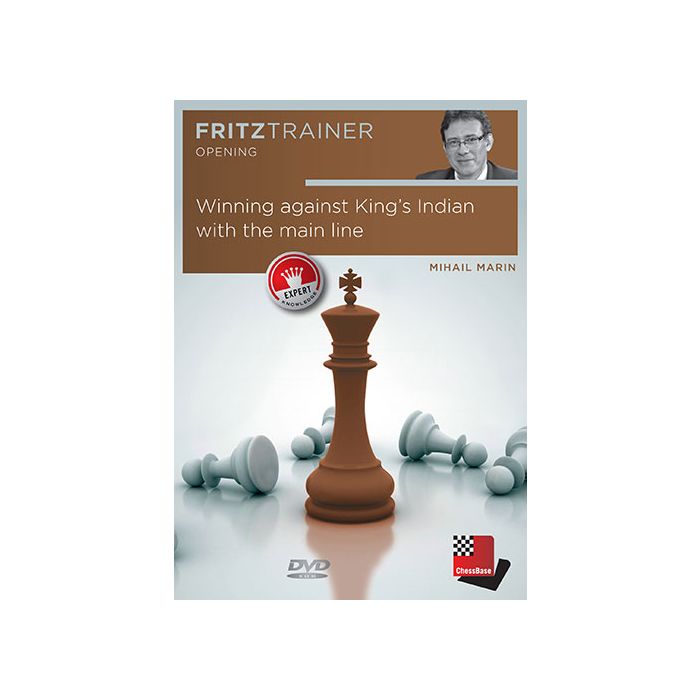 In the classical system of the King’s Indian White develops naturally and refrains from chasing ghosts looking for a refutation of Black’s set-up.

White instead relies on the fact that natural play should yield him a small but lasting advantage.

The main question is whether White can retain the harmony of his pieces in the blocked position of the Mar del Plata attack (7...Nc6 8.d5 Ne7) when both sides attack on opposite wings.

The best answer to that question is given by the classical system with 9.Nd2, in which White‘s knights and bishops cooperate harmoniously.

Many great players of the past and the present have used and use this system successfully.

At first, engines are sceptical about many objectively best white moves, and the author has seen this as a challenge to prove that in certain positions human understanding is still more valuable than the calculating powers of the computer.

The videos explaining the Mar del Plata Attack (which form the main part of this DVD) offer strategic guidance and show typical tactical ideas, while presenting a detailed, solid and aggressive repertoire.

The less forcing lines (such as 7...Nbd7, 7...Na6, 7...exd4 and 6...Bg4) are covered on a more general level. A new feature that helps the viewer to understand and learn the opening better and faster is the interactive format.

Most of the videos alternate general explanations with quizzes giving the viewer a chance to test his knowledge and to increase his skills.