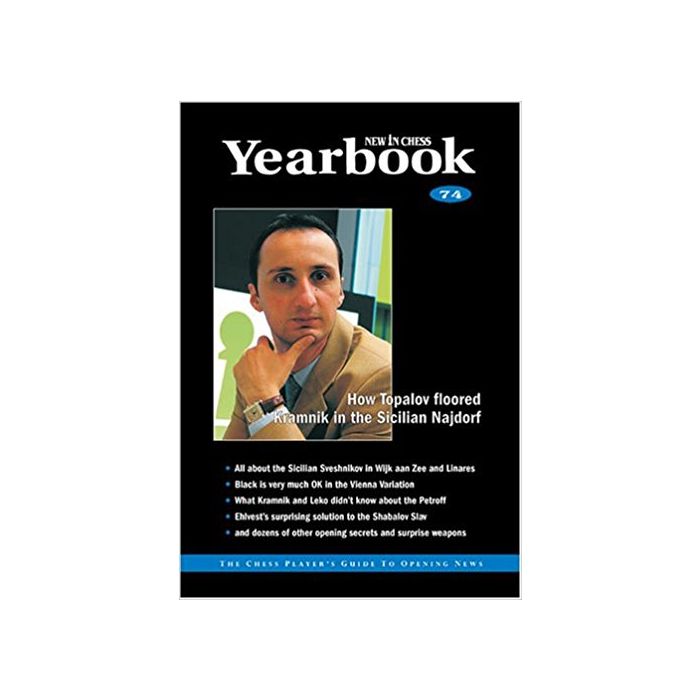 NIC Forum
Readers from all over the world join in discussions of previous surveys. Both (grand)masters and club players shed their light on new opening developments and search together for the truth. With contributions by Viktor Kortchnoi, Jose Vilela, Bogdan Lalic, and many others.

Sosonko's Corner
Editor Genna Sosonko was leafing through his old notebooks when he came across a venomous novelty he had used in a blitz game against John van der Wiel back in 1987. This provided enough ammunition for an article on the piece sacrifice Nc3-d5 often seen in the English Opening and of course the Sicilian. The final example is by Donner, who once more had his facts wrong.

Book Review
The ultimate 'macho' opening repertoire consists of two openings: the Sicilian Najdorf against 1.e4 and the King's Indian against everything else. In his previous column the Najdorf came under scrutiny, so it's somehow appropriate that it's now the turn of the King's Indian to receive special attention.
Glenn Flear reviews three new KID books by English masters who he has known for longer than he'd care to say: Chris Ward, Joe Gallagher and Andrew Martin.