It's Nepo!
Author
Chess Magazine
Sample Pages
Out of stock 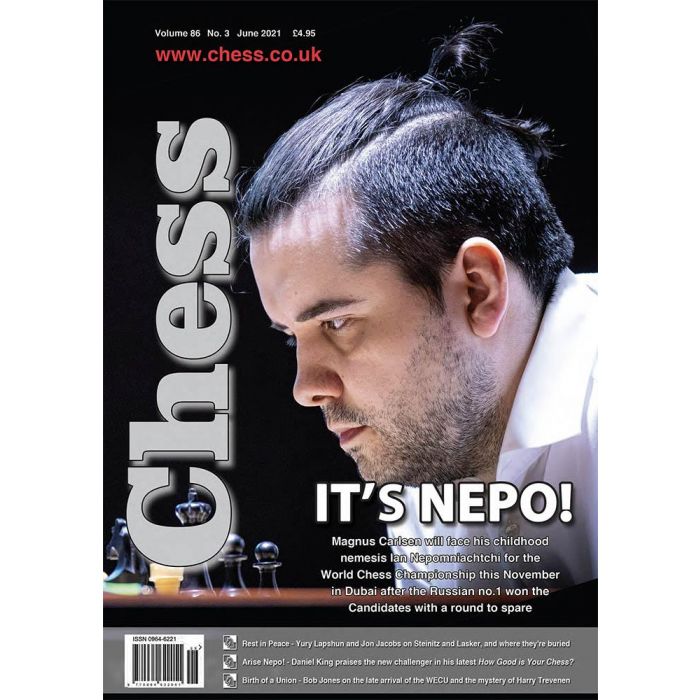 How Good is Your Chess?
Daniel King pays tribute to man of the hour, Ian Nepomniachtchi

60 Seconds with...Rosie Irwin
We meet one of the authors of The Queen’s Gambit - Accepted!

Find the Winning Moves
Can you do as well as the players in the 4NCL Online League?

Building a Study
The technical aspect is quite important, as Amatzia Avni explains

Keeping Up With...Keymer
Like Praggnanandhaa, Vincent Keymer is very much a rising force

Never Mind the Grandmasters...
Carl Portman on objectivity and the Colle Opening

Chess in the Park Takes Off
Taking your chess club to the park is a good plan, as Tim Wall shows

Solutions
The full answers to Find the Winning Moves

This Month’s New Releases
Andrey Terekhov on Smyslov impresses, as does the Exchange French

Saunders on Chess
John on Lastrounditis, the phenomenon of last round chess