Improve your Chess with the great David Bronstein
Sample Pages 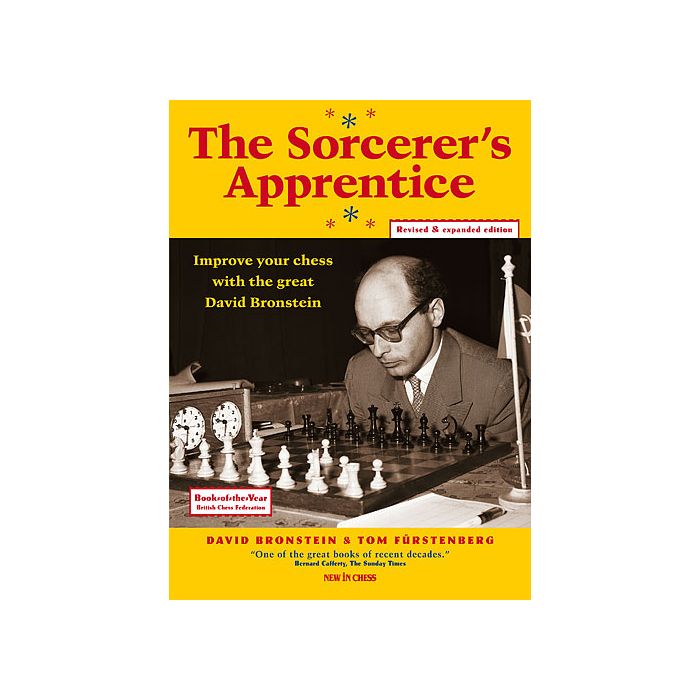 For the first 100 customers who order this hardcover edition, this copy will be signed by author co-author Tom Fürstenberg himself.

In this modern chess classic David Bronstein, one of the greatest chess artists of all time, shares his insights in his wonderful games – 237 of them played between 1938 and 1996, a career spanning 58 years.

Bronstein was famous for the joy he derived from teaching the game and this spirit permeates his writings. His explanations and analyses are invariably lively and easy to understand for players of all levels who want to improve their chess.

David Bronstein’s achievements and his legendary creativity have ensured him a unique position in chess history. He drew a match for the World Championship, won Soviet Championship twice and took first place in numerous international tournaments.

This revised and expanded edition, published two years after Bronstein passed away, contains a lot of new material and two moving In Memoriams, one by Bronstein’s widow Tatiana Boleslavskaya and one by his co-author and friend Tom Fürstenberg.

Furthermore, 32 pages of unique photographs have been included, as well as extensive new articles by Bronstein himself.

This unconventional book is a fitting homage to one of the eternal chess greats, fascinating and rich in ideas, and written with contagious enthusiasm.

Arne Moll, ChessVibes:
"Bronstein was not only a fantastic chess player, but also a great chess explicator. The book is full of very useful and instructive explications (..) There's lots of cool new stuff compared to the first edition."

“There are many tips for the non-genius and it is a very useful book for those who want to improve.”

“There are photographs, personal history, anecdotes and advice. Above all it is a wonderful record of Bronstein's great achievements. A splendid addition to any chess library.”

Marshtower Chess Reviews:
"Those who already own the earlier edition should be pleased by the new edition too. I think there is enough new material to justify an upgrade for one's library."

The Judges of the Guardian 2009 Chess Book of the Year Award:
"Our book of the year is an unusual, personal, inspirational and endearing work."

IM John Donaldson:
"This revised and expanded edition (..) contains a lot of new material (..) It belongs in every chessplayer's library"

John Henderson, The Scotsman:
"Deserves a place on every chess player's bookshelf."