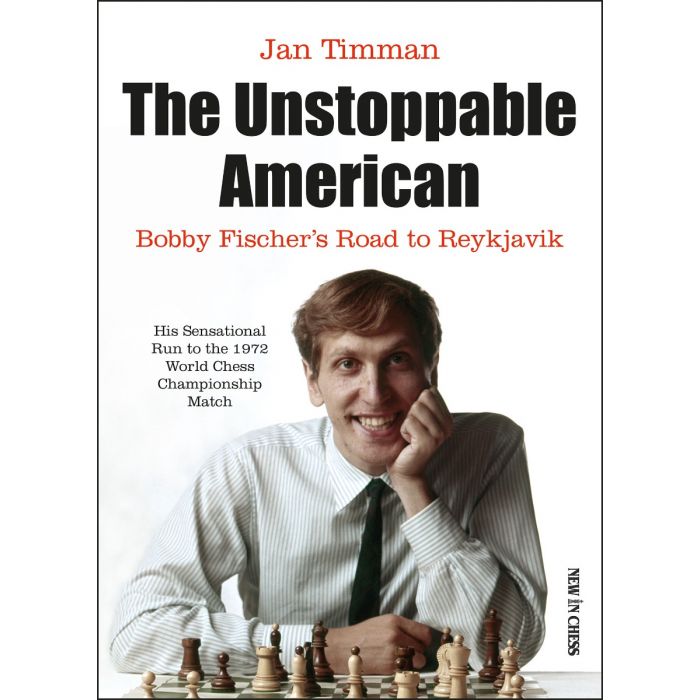 Due to high interest, the signed and limited hardcover edition is sold out. Other editions are still available.

Initially things looked gloomy for Bobby Fischer. Because he had refused to participate in the 1969 US Championship, he had missed his chance to qualify for the 1970 Interzonal Tournament in Palma de Mallorca. Only when another American, Pal Benko, withdrew in his favour, and after the officials were willing to bend the rules, could Bobby enter the contest. And begin his phenomenal run that would end with the Match of the Century in Reykjavik against World Champion Boris Spassky.

Fischer started out by sweeping the field at the 23-round Palma Interzonal to qualify for the next stage of the cycle. In the Candidates Matches he first faced Mark Taimanov, in Vancouver. Fischer trounced the Soviet ace, effectively ending Taimanov’s career. Then, a few months later in Denver, he was up against Bent Larsen, the Great Dane. Fischer annihilated him, too. The surreal score in those two matches, twice 6-0, flabbergasted chess fans all over the world.

In the ensuing Candidates Final in Buenos Aires, Fischer also made short shrift of former World Champion Tigran Petrosian, beating the hyper-solid ‘Armenian Tiger’ 6½-2½. Altogether, Fischer had scored an incredible 36 points from 43 games against many of the world’s best players, including a streak of 19 consecutive wins. Bobby Fischer had become not just a national hero in the US, but a household name with pop-star status all over the world.

Jan Timman chronicles the full story of Fischer’s sensational run and takes a fresh look at the games. The annotations are in the author’s trademark lucid style, that happy mix of colourful background information and sharp, crystal-clear explanations.

Jan Timman is the author of many bestselling books. His Timman’s Titans won the 2017 ECF Book of the Year Award. In The Longest Game, Timman revisited the epic rivalry between Garry Kasparov and Anatoly Karpov. His most recent book Timman’s Triumphs: My 100 Best Games again met with wide acclaim.

“A compelling read: you know the outcome, yet you are still glued to your seat, turning the pages, going through the games, almost as if you are watching the players in real time.” Carsten Hansen, American Chess Magazine, on The Longest Game

“This is magnificent. The book is dotted with fascinating anecdotes. The games are mainly described in words, with variations given only when things get critical.” Grandmaster Daniel King, Power Play Chess, on Timman’s Triumphs