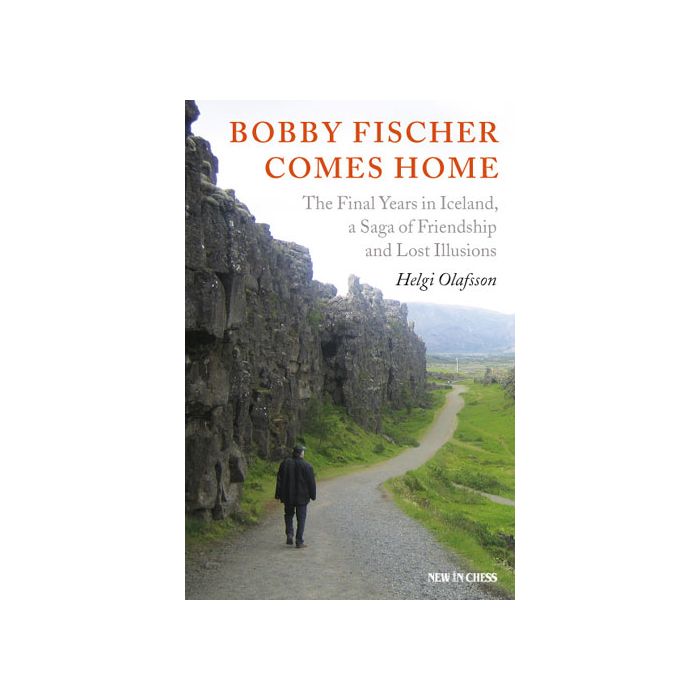 The Final Years in Iceland, a Saga of Friendship and Lost Illusions

Helgi Olafsson was fifteen years old when in 1972 Bobby Fischer defeated Boris Spassky to become World Chess Champion. Breathlessly, young Helgi followed the Match of the Century and even attended a number of games in Reykjavik’s Laugardalshöll.

Little could Olafsson suspect then that 33 years on, having become a chess grandmaster himself, he would be a member of the committee that successfully worked to free Fischer from a Japanese detention centre.

On March 24, 2005 Bobby Fischer returned to the country where he had achieved his greatest triumph. He was never to leave again until his tragic death on January 17, 2008.

Olafsson first met his childhood hero shortly after his return. In the following years, the two spent countless hours together. They made trips, went to restaurants, watched movies, played games, spoke on the phone almost every day, had fun and quarrelled.

Bobby Fischer Comes Home tells the story of a unique friendship and paints an intimate and revealing picture of the last years of the man who many see as the greatest chess player that ever lived.

With a foreword by World Champion Viswanathan Anand.

Helgi Olafsson (1956) is a chess grandmaster from Iceland. He won the national championship six times and travelled the world as a chess pro. Today he is Iceland’s national chess coach and writes a chess column for Morgunbladid, the country’s number one newspaper.

Jeremy Silman, author of 'How to Reassess Your Chess':
"Excellent."

British Chess Magazine:
"Disarming honesty and gentleness of spirit (..) An essential purchase for all Fischer watchers."

Sean Marsh, CHESS Magazine:
"One of the best chess books of 2012 (..) An important piece of the overall picture because it provides a unique insight into the last few years of Fischer's life."

Ken Surratt, ChessVille:
"A fascinating read, in turns poignant and perplexing, and I recommend it wholeheartedly to anyone interested in the second Pride and Sorrow of American chess."

John D. Warth, ChessCafe:
"Olafsson's poignant book delivers the fullest account yet of Bobby Fischer's triumphal and tragic years in Iceland with a thoughtful, thorough, and balanced presentation, including topics that transport us beyond the limits of its place and theme (..) [A] personal and heartbreaking account "

Gary Lane, Chess Moves Magazine:
"Relates the sort of comments and simple activities that chess fans want to hear (..) An entertaining insight into the real world of a flawed World Champion."

Richard Vedder, Schakers.info:
"'Bobby Fischer Comes Home' describes the end of the life of a brilliant chess player with dignity."

Cecil Rosner, Winnipeg Free Press:
"Olafsson doesn't apologize for Fischer in the way some of his other biographers have (..) A charming aspect of the book is how Olafsson weaves his own biographical details into the narrative."

John Donaldson, Chess Today:
"Must read for fans of the late World Champion (..) Olafsson, who became one of Fischer's inner circle, presents his subject warts and all but in a respectful manner, not a kiss-and-tell story."