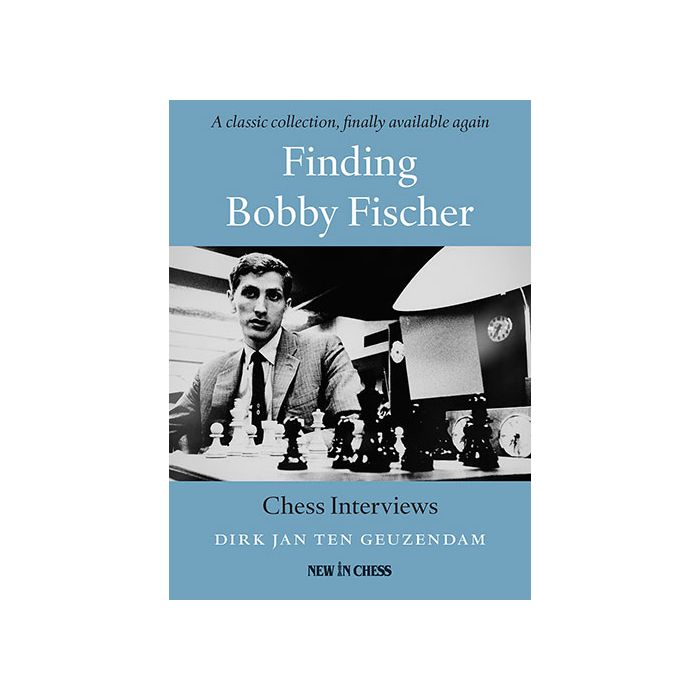 ‘Fischer gets up, tall, overweight, and slightly clumsy. He tries to fulfil the duties of the host and shakes hands, but his nervously darting eyes betray his unease with the situation. This is not a man accustomed to receiving visitors.’

Dirk Jan ten Geuzendam’s encounter with the reclusive American world champion in war-torn Yugoslavia, is the apotheosis of a unique collection of interviews with chess legends and stars that was first published in 1993.

Why did Garry Kasparov think Bobby Fischer was an alien? How many stamps does Anatoly Karpov have? Was it really Caruso who appeared in Vassily Smyslov’s dream to teach him how to sing?

Brimming with anecdotes and revealing insights these interviews bring together champions past and present. From Botvinnik, Najdorf, Portisch and Spassky to modern stars like Anand, Kramnik, and Judit Polgar.

Dirk Jan ten Geuzendam is editor-in-chief of New In Chess, the chess magazine with readers in 116 countries.

Sean Marsh, CHESS Magazine (UK):
"It is good to see this book back in print, as it is, quite simply, the finest collection of chess interviews yet assembled."

Chris Wainscott, ChessIQ:
'The interviews individually are fascinating glimpses into the lives of chess immortals. As a whole they are something even greater. They are the very fabric of the chess history of 20 and 30 years ago. Go buy this book. You will not regret it"

British Chess Magazine on 'The Day Kasparov Quit':
"Ten Geuzendam somehow manages to get the confidence of his subjects despite asking them sharp and challenging questions."