Brothers in Arms
Author
ACM
Out of stock 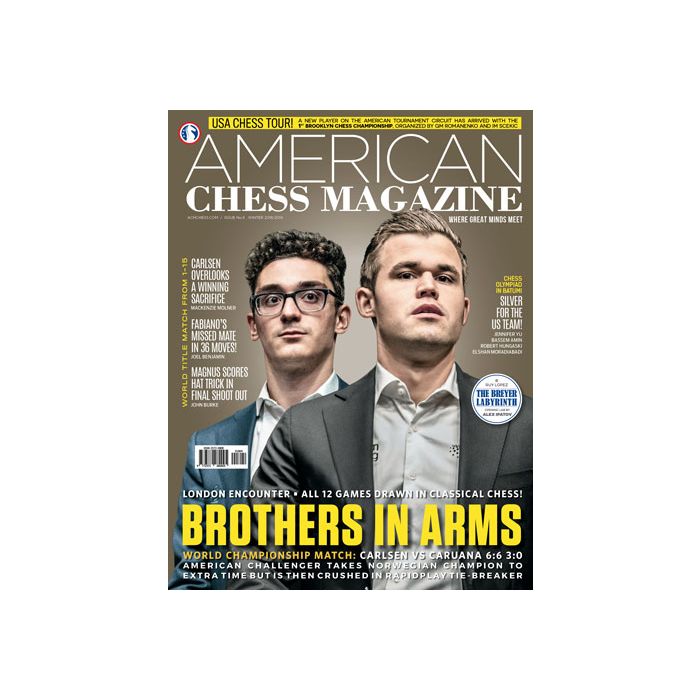 About / American Chess Magazine no. 9

Other regular columns are here too: news from chess technology, book reviews, chess-doubles, tournament reviews. And a very special guest in our 5x5 is Asia’s first grandmaster, Eugenio Torre from the Philippines.