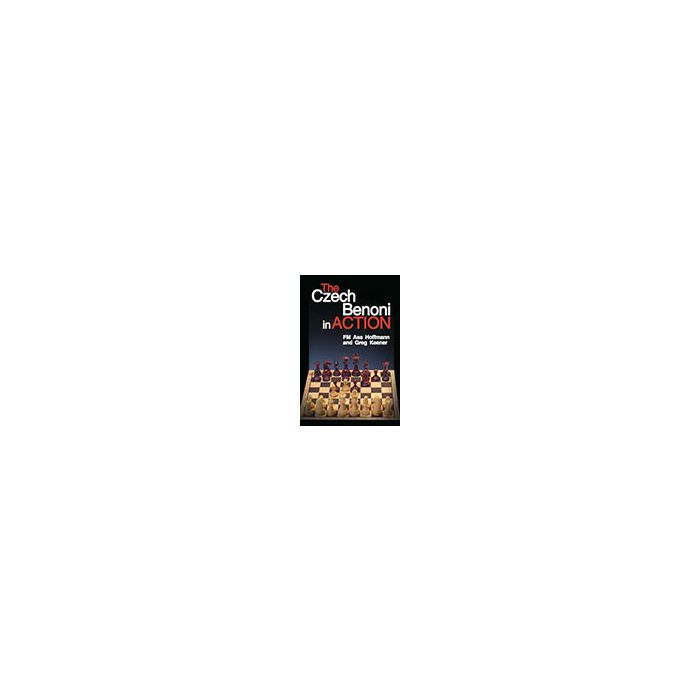 About / Czech Benoni in ACTION

Had enough of the same old queen’s pawn openings? Afraid of losing just because you forgot White’s latest move 23 novelty in the main lines?

Tired of giving up draws to weaker players who’ve learned how to drain the life out of Black’s major defenses to 1.d4?

In The Czech Benoni in Action, two practitioners of this little-known but sound counterattacking system join forces to show how you can pose novel problems for opponents of all strengths, leaving them to fend for themselves as early as move 3.

Focusing on strategic ideas rather than masses of variations, and using complete games to show how the themes persist even into the ending, the authors survey White’s common responses and explain how to handle attempts to sidestep Black’s setup.

To help guide you through the complications, a concluding selection of typical tactical motifs rounds out the most complete treatment of the Czech Benoni in print.

Asa Hoffmann is a FIDE Master, chess teacher, and author. Junior Champion of New York City in 1962, he was a medal winner in the 1966 U.S. Armed Forces Championship.

Gregory Keener is a FIDE Instructor, manager of the Marshall Chess Club, Web developer, and author. He currently teaches chess at a charter school in Williamsburg, Brooklyn, where he also lives.