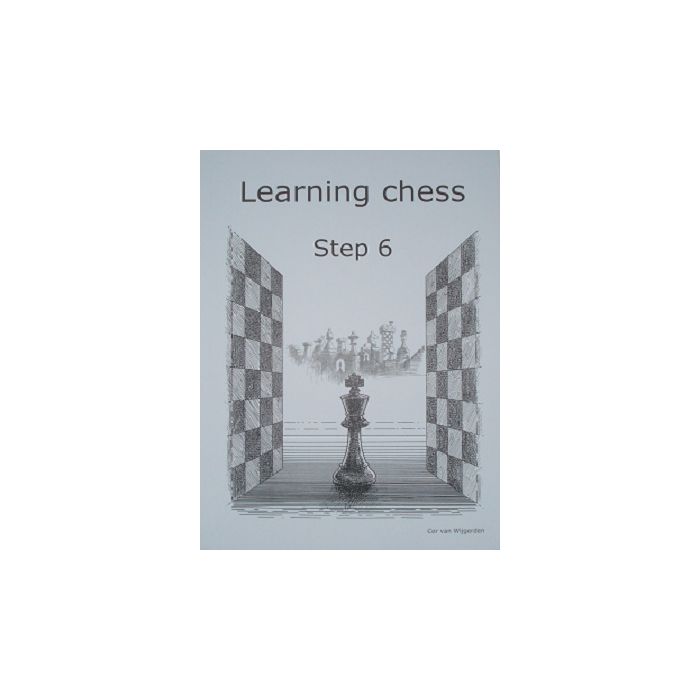 Step 6
There are not so many chess trainers for the higher steps and for sure not for step 6. That is why manual for Step 6 differs from the previous ones. The target group has changed.

This book is not a manual for trainers, but a self-study manual for anyone interested, in other words for the independent learner. What should you be expecting? The level of difficulty of the material is once more a notch higher than in the preceding Step.

The study of such exercises is particularly important for improving playing strength. Tactics are dealt with in only one chapter. The chapter on tactics is relatively simple for those who have worked through all three workbooks for each of the other Steps.

The chapters on strategic themes are relatively more demanding and require more of an effort. But a real chess player will not be put off by them. This book appeared in 1999 in Dutch. For the English translation the 3rd revised and expanded edition from 2010 has been used.

It is advisable to go through this manual in combination with the workbook for Step 6.The workbook is adjusted to the changed purpose. The reminders disappeared except for one. In the first part of the book there are exercises corresponding to the 14 chapters in the self study book.

Workbook Step 6 The workbook is adjusted to the changed purpose. The reminders disappeared except for one. In the first part of the book there are exercises corresponding to the 14 chapters in the self study book.