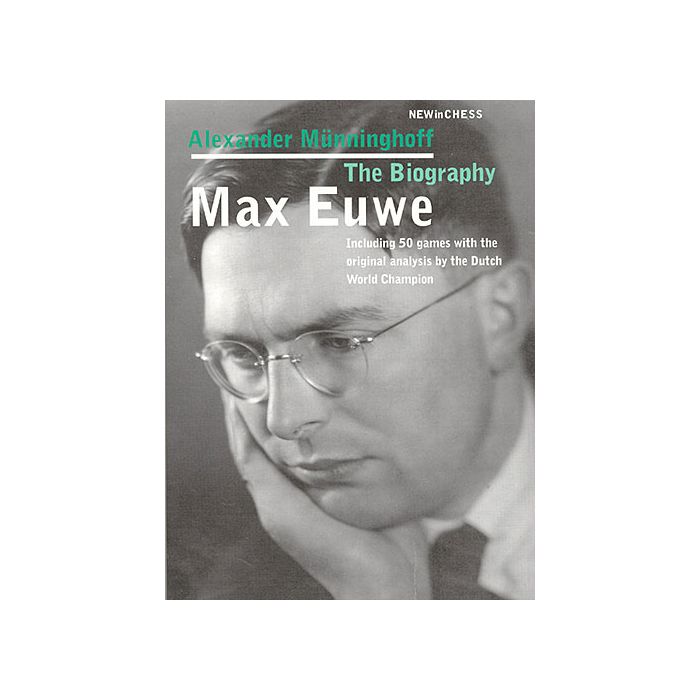 About / Max Euwe - The Biography

The fifth book of the World Chess Champions series focuses on the life and career of the Dutchman Max Euwe. This soft-spoken professor of mathematics rocked the chess world in 1935 when he defeated the seemingly irresistible force, Alexander Alekhine, to become world champion. Many chessplayers thought this was an upset of the first magnitude. Hardly. Euwe was at his prime and the best in the world at the time. In fact, Euwe posted a plus score against Alekhine in the four games they played between the 1935 and 1937 matches.

The venerable fifth world champion was also a first-class arbiter, author and chess diplomat. As an author, he is regarded as one of the two or three finest chess writers for the average player. Euwe was also president of the International Chess Federation (FIDE) at the time of the Fischer-Spassky title match in 1972. Were it not for Euwe’s persuasive, patient handling of the difficult negotiations between the Russians and Americans, it is very likely that the match would not have taken place at all.

Join Russian historians Isaak and Vladimir Linder as they take you on a journey exploring the life and games of the gentleman world champion, Max Euwe. With more that 100 fine Euwe games annotated by GM Karsten Müller.

Andy Soltis in his foreword: “These pages are rich in detail, and not just about Euwe. There are extensive mini-biographies of Alekhine, Botvinnik, Bogoljubow, Spielmann, Capablanca, Paul Keres, Géza Maróczy, Flohr, Vera Menchik and Réti – as well as less known players such as Edgard Colle, Jan Hein Donner and Salo Landau. The photos and drawings – and those caricatures – are also remarkable.”