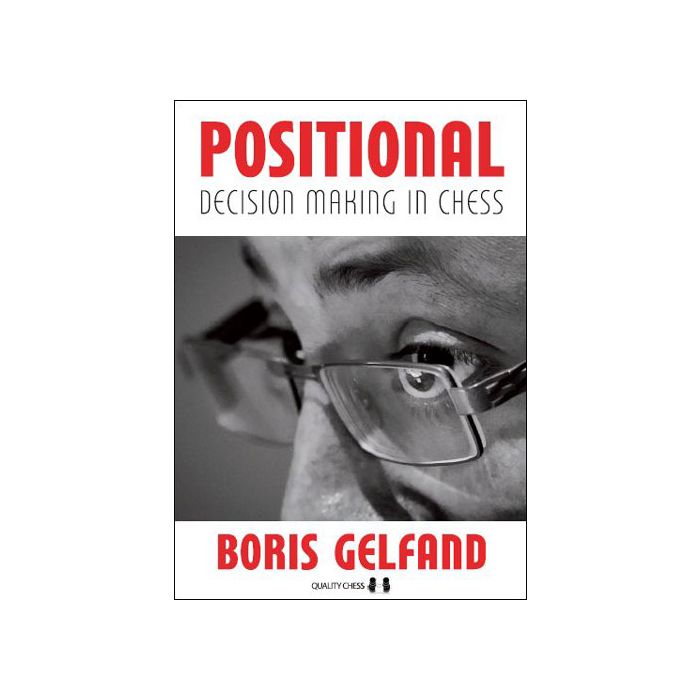 GM Matthew Sadler, New in Chess:
"Gelfand is very good - and very honest - at explaining which decisions he could calculate and which decisions he needed to take on the basis of judgment, and how he did that (..) It adds up to the type of book I love (..) I think this book has masses to teach any strength of player."

GM David Smerdon:
"This is an outstanding book, probably the best I’ve read this year. I have to admit, from a personal perspective, that I found this book to be the most useful decision-making chess guide I have ever read. It’s jam-packed full of useful gems, little pieces of positional advice that probably just come naturally to Gelfand, but need to be dictated to and learned by the rest of us."

IM John Donaldson, Chess Today:
"There are many original and perceptive observations sprinkled throughout this book. This is must reading for any serious chess player. My strongest recommendation without reservation."

The Judges of the ECF Book of the Year Award:
"This book was written in a collaborative process by Gelfand, a world class player for the last 20 years, working with GM Jacob Aagaard, an award winning chess author (..) The combination has worked very well. The result is a fascinating insight into how the chess mind of a great player works, in this volume, of positional games. Much of Gelfand’s approach is intuitive and instinctive rather than hard calculation, though there is some of that too. He relies on maintaining his position and preventing opponent’s counter play. To some extent the book’s title is misleading as the content is less about decisions in particular positions than the overall approach, which Gelfand first learned as a boy from the games of Akiba Rubinstein a legendary player in the first 30 years of the last century. The first chapter is titled “Playing in the style of Akiba Rubinstein”. Many of Rubinstein’s games are given and it is fascinating reading Gelfand’s contemporary comments on play at that time. Gelfand comes over as modest but confident in his abilities, with tremendous ability, experience and knowledge. But despite all this, even he sometimes finds chess a difficult game, which gives comfort to us all."

John Hartmann, Chess Life:
"Gelfand has given us a superlative book (..) This might well be the book of the year, and serious students of modern chess practice should not miss out on its lessons."

The Complete Manual of Positional Chess-Volume 1