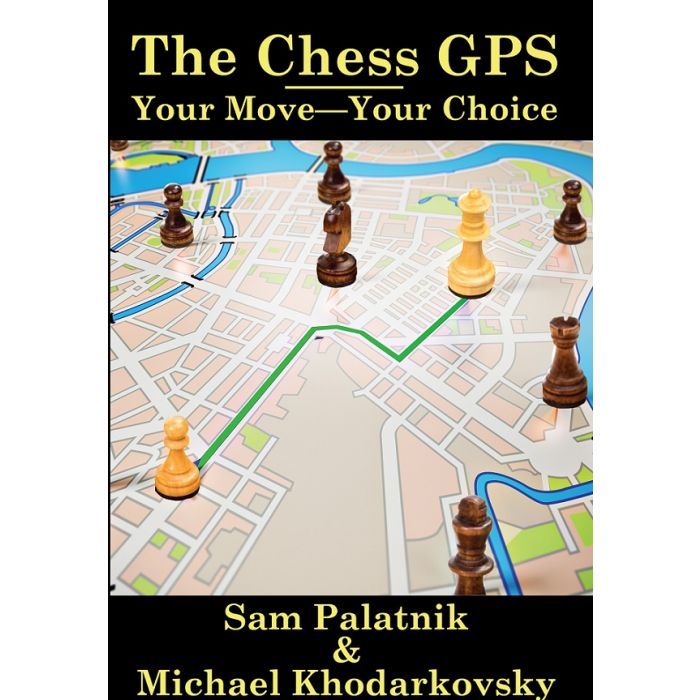 The Chess GPS 2 invites you to delve into the set of requirements declared when choosing a chess move. A fairly common coaching mistake, according to the authors, is recommending that students concentrate on finding the "best," "strongest" move during the game.

Instead, the book attempts to encourage readers to choose the more important move in their opinion among other useful moves. In the end, the player can make an attempt to improve the situation on the board, as he sees it at the moment, based on his experience, knowledge, intuition, and inspiration; this will be the important move that he has the right to make and will be able to justify in the future, while shouldering the responsibility of choosing "his own" move.

In particular, present methods od effectively searching for a move with the goal of improving the position in the way that the player prefers. These same methods can be used to analyze the play of grandmasters and gain a deeper perception of their ideas and practical solutions. Here we see typical examples of such grandmaster decisions. The book attempts to link together the task of improving the position and the choice of a move that corresponds to the solution of such a problem. To master this technique, which makes it possible to feel responsible for your move, is the opportunity for the reader to unleash his talent, reveal his chess indivduality, and, as a result, improve his play.