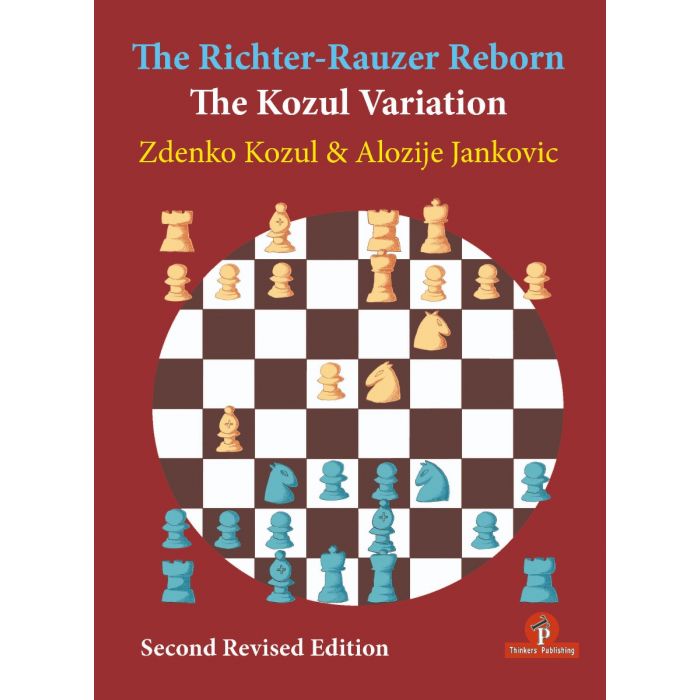 About / The Richter Rauzer Reborn

Four years have passed since the first edition of our Richter-Rauzer Reborn book and if we look at the recent past, we can see that this variation of the Sicilian has been gaining more and more popularity and is very often seen in tournament practice. The fact that this opening has become part of a standard repertoire against 1.e4 for many top players such as Rapport, Dubov, Li Chao, Korobov, Gupta, Vovk etc . speaks for itself about the quality and the fascination of the variation and also about the many possibilities it offers. It’s hard to pinpoint the real reasons for this popularity, but it’s likely that the answer lies in the complexity of the positions that arise on the board and the large number of new ideas, which we will talk about in this book.

Exactly that was a motive and an additional impulse for GM Alojzije Jankovic and myself to write this new material on the Richter-Rauzer as an update to our first book. The basic idea of the book is to give an overview of theoretical novelties and new ideas in the positions we have already dealt with, and also to give you some new lines and suggestions that may be particularly interesting to players who are in the process of creating a repertoire for Black. In particular, I would like to point out the fact that our variation could be seen in games of the world’s best players such as Fabiano Caruana and the World Champion himself, Magnus Carlsen, which makes us proud. It is a great recommendation and boost for this opening so in the book we have especially considered the games of the World Champion Carlsen and his 2018 challenger, Caruana.

In the main lines, the new position that we analyse is the one that arises when White instead of 12.Nxc6 plays 12.Nce2. It is in this line that we can see some new and very original ideas, for example when White plays 13.h4!?. Although in that line we are often mixing with already known positions, there are some positions when new posibilities and new plans are emerging. The same goes for 10.Nf3.

As for the known positions we have already analysed, we have tried to bring a complete overview of all the latest ideas and theoretical news from tournament practice. As might be expected, practical games have brought many new ideas and different ways of treating certain positions. It was certainly very interesting to see the Anand-Carlsen game in which the World Champion showed a completely new way of playing with Black! It should be said that some positions have endured the test of tournament combat, but there are also positions in which White players have found ways to increase the pressure, so then we needed to look for additional ideas and analyses as to how to react as Black.