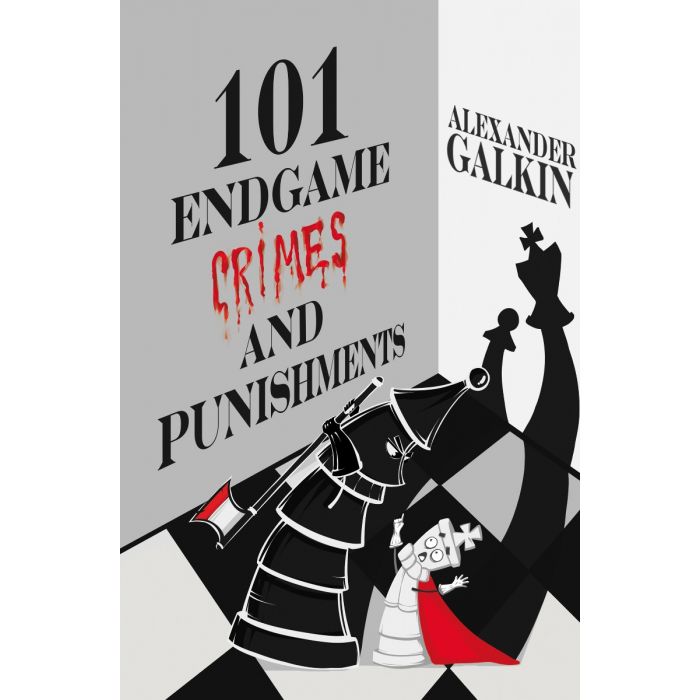 About / 101 Endgame Crimes and Punishments

This endgame tactics textbook by Grandmaster Alexander Galkin, who was named Children’s Trainer of the Year in 2016 by the Russian Chess Federation, provides a large volume of practical knowledge. The vast majority of chess combination textbooks contain a selection of positions and exercises where the student is asked to find a tactic or carry out an attack against the enemy king. That way, they learn to develop their combinational vision and ability to attack. However, there is not much focus on the mistake by one of the players that led to the critical position where the combination or decisive attack became possible.

In this book, aimed at strong tournament players (1900-2300 Elo or fast improving juniors) the author introduces a wider approach to developing endgame tactics skills that a formidable chess player needs. Specifically, he presents 101 positions from games of grandmasters played in 2019, including super-GMs such as Magnus Carlsen, Ding Liren, Alireza Firouzja, Maxime Vachier-Lagrave, Alexander Grischuk, Wang Hao, Alexei Shirov, Samuel Shankland, Kirill Alekseenko, and Levon Aronian, in which he first explains the mistake made by one of the players in underestimating their opponent’s counterplay, then he analyzes how the game progressed where punishment for the mistake is meted out. After that, he returns to the starting position to demonstrate the correct or a more promising continuation. Therefore, the text is structured so that each challenge contains the starting diagram twice – before the moves in the actual game, and then, on the page overleaf, before the solution.

Studying these key fragments from grandmaster games will help a player to develop their endgame approach. Firstly, the student analyzes why a move or series of moves by one of the players was erroneous. What counterplay by the opponent did the player making the mistake underestimate? Secondly, armed with this answer, the student can review the position to try and figure out the better move. If the student is working with a coach, then the coach should first set up the position on the board, demonstrate the erroneous move played, and ask the student to find the refutation to that bad move. After the refutation is found by the student, the coach should once again set up the critical position and ask the student to find the strongest continuation for the initial player. This may be one or more moves, depending on the position. Naturally, in the case of self-study the student can change their approach, either trying to figure out the refutation to the error by covering up the subsequent text, or simply studying the moves in the game before trying to find the better continuation, which is detailed overleaf together with the starting diagram.