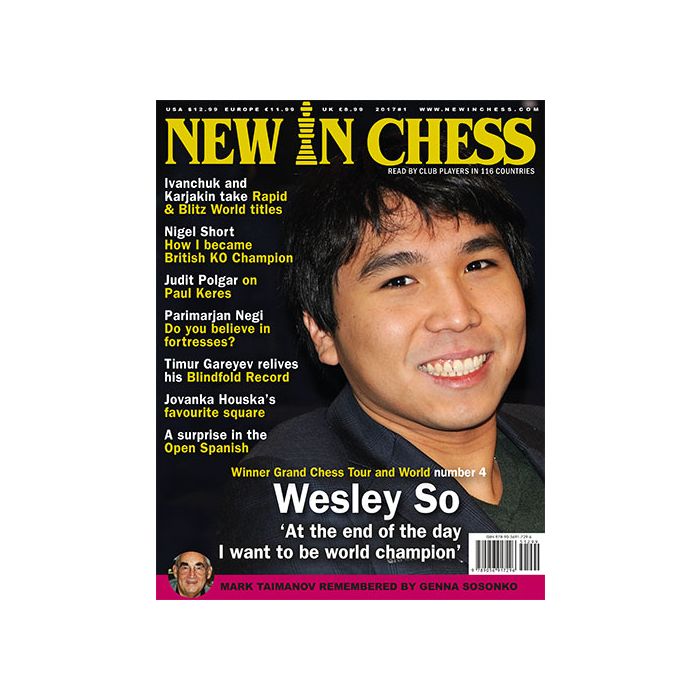 Close, but no cigar
In Doha Magnus Carlsen tied for first in both the Rapid and the Blitz World Championships, but the tiebreak rules
decided in favour of the delighted veteran Vasily Ivanchuk and the perhaps even happier Sergey Karjakin.

Lust for life
Genna Sosonko remembers Mark Taimanov (1926-2016), a man with an unshakeable passion for life.

Wesley So finishes in style
With a victory in the London Chess Classic, the 23-year-old American clinched the Grand Chess Tour, crowning a
majestic year with a $295,000 payday.
Interview: Wesley So

An inspiration
Judit Polgar learned a lesson or two from Paul Keres.

It’s a knockout
What does it take to become British Knock-Out Champion? Nigel Short explains.

S.O.S.
An opening surprise against the Open Spanish.

Sadler on Books
Including: ‘My favourite book of the year 2016!’

Jan Timman’s column
Mark Taimanov’s sense of initiative and another look at Ortueta-Sanz. Was it a fake game?