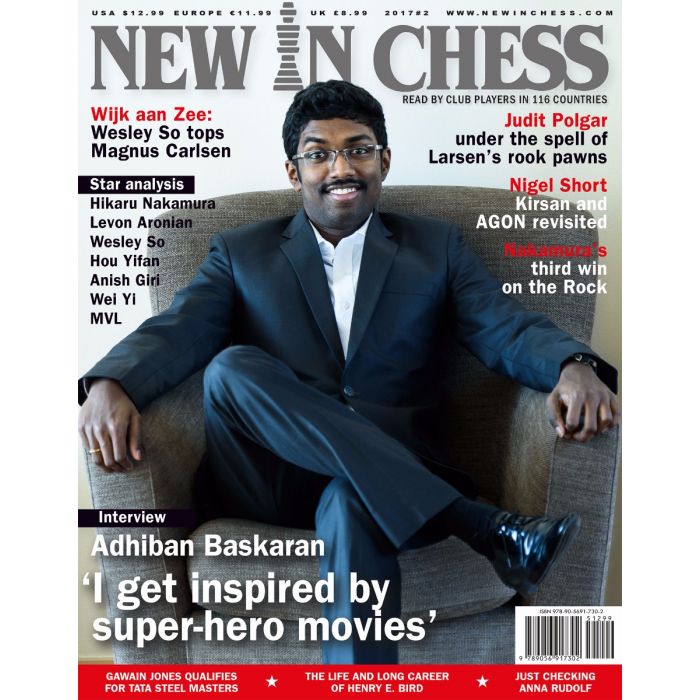 Living the dream
As if he is casually checking off dream goals on a bucket list, Wesley So is going from strength to strength. In Wijk
aan Zee the 23-year-old American reached a new milestone as he claimed another super-tournament, for the first
time finishing ahead of the World Champion.

Interview: Adhiban Baskaran
Meet ‘the next big thing from India’.

Still Writhing In Agon(y)
Nigel Short cannot believe why hardly anyone wants to see what is there for everyone to see.

Push those rook pawns
Judit Polgar in the footsteps of Bent Larsen.

A fresh Bird’s view
In his career, which spanned five decades, Henry Bird (1829-1908) was a tireless promotor of the game. His victims included Staunton, Steinitz and Lasker.

Tata Steel Challengers
Gawain Jones qualified for the 2018 Masters and happily shares his adventures in a chess-crazy village.