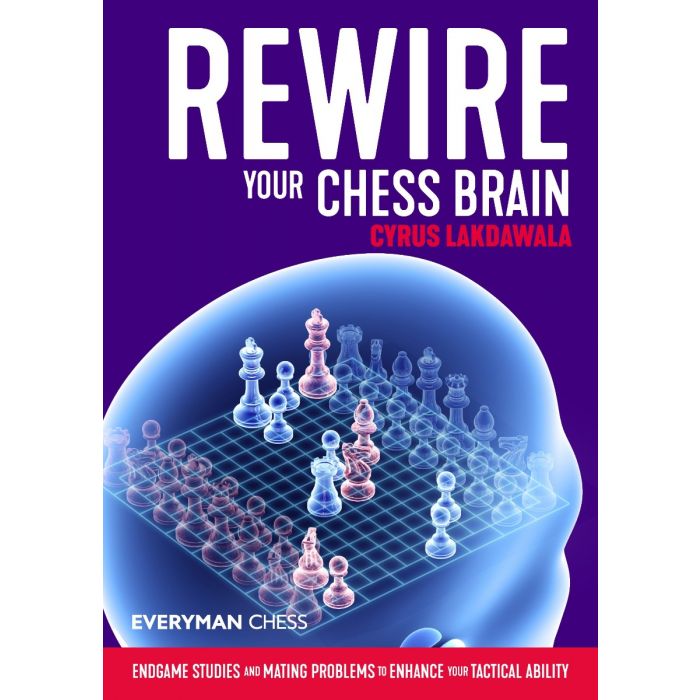 Rewire Your Chess Brain is not your average chess book. It does not deal with opening theory or middlegame strategy. It focuses purely on problems and studies, all of which are the results of artificial construction rather than scenes from real-life battles.

In a chess study, White has to play and win (or draw). In a chess puzzle, White has to force mate in a stipulated number of moves. The starting positions in both forms rarely resemble anything found over the board in real life play. However, the solutions are invariably surprising and often quite beautiful. The best examples of both forms have often been compared to great works of art.

However, these are not mere gallery pieces, lacking practical application in real life play. Solving these puzzles can be extremely challenging and will, without question, improve the “real world” tactical ability of anyone attempting to do so.

Prolific chess author and coach Cyrus Lakdawala has been intrigued by studies and problems all his life. When training his students he often sets them studies and problems to solve. Many of them who have adopted this technique have seen extraordinary increases in their chess ratings. In this book Lakdawala assembles the problems and studies that are most effective to improve tactical ability. Work your way through this book and you will undoubtedly see the results in your own games.