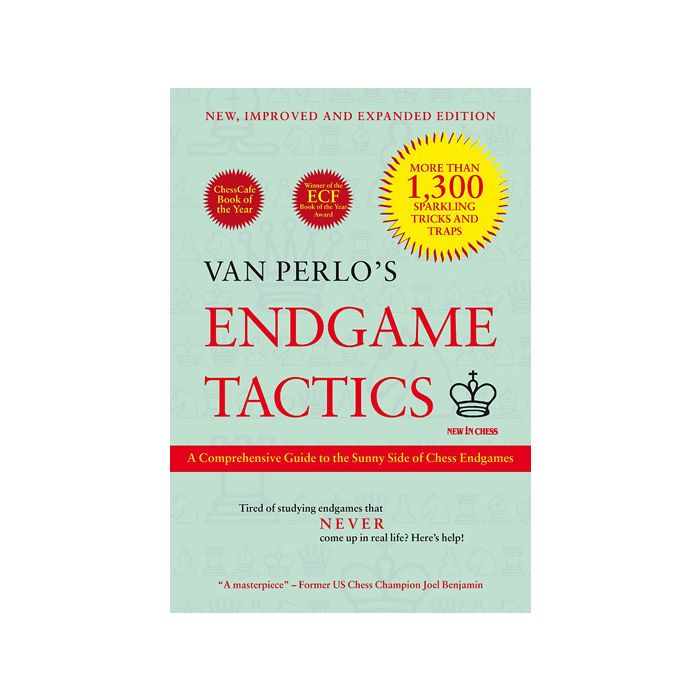 More than 250 fresh examples have been added, making this fourth edition 25% BIGGER than its predecessors.

Why is it that most amateur chess players love opening and middlegame tactics but hate endgames? Why do you usually look at only a couple of pages in any endgame theory book you see?

Sit back, forget about theoretical endgames, and enjoy the entertainment of real life chess in Endgame Tactics!

There is no substitute for hard work in getting better at chess, as a wise grandmaster once said. But you always work harder at something you enjoy. Make the first step towards improving your endgame play (and beating more opponents) by learning to love the endgame.

Endgames are fun, and the examples from everyday practice in Endgame Tactics prove it.

Chess Today:
" It cannot but help to improve your chess, painlessly, enjoyably.”

Paul Motwani, The Scotsman:
“An irresistible collection of more than 1,300 endgame tricks and traps. A superb book, highly instructive.”

Gerhard Josten, Rochade Europa:
“Quite a powerful book. It does not wish to drill, it just wishes to entertain. And it does!”

Jeremy Silman, author of 'How to Reassess Your Chess':
"Aside from its entertainment value, it also gives you an interesting kind of instructive bang for your buck."

British Chess Magazine:
“All chess life is here: brilliant wins, amazing draws and not infrequently defeat snatched from the jaws of victory.”