Tactics in the Chess Opening 5

Tactics in the Chess Opening 5 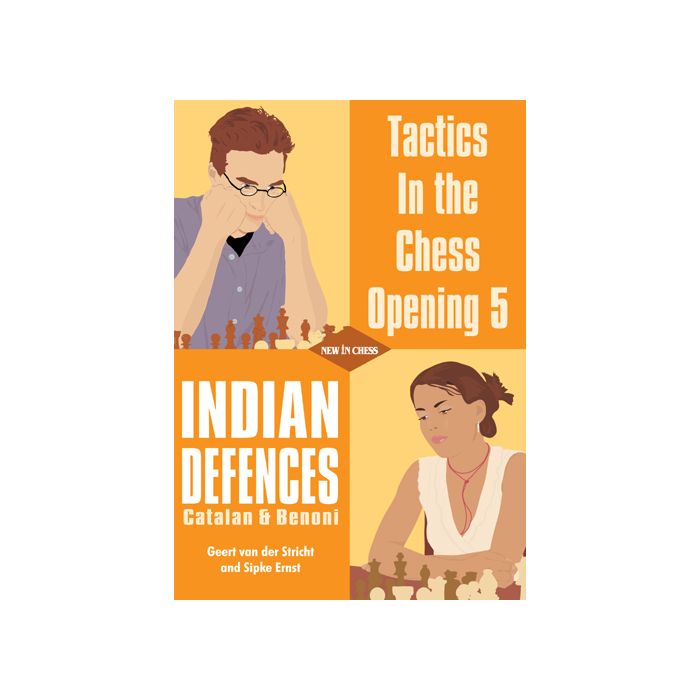 About / Tactics in the Chess Opening 5

Every chess player loves to win early in the game with a deadly combination or a cunning trap. On the other hand, nobody wants to be tricked by his opponent before the game has really started.

The popular series Tactics in the Chess Opening teaches how to recognize opportunities to attack early in the game. You will also learn how to avoid standard pitfalls in the opening.

This book explains, in around 230 carefully selected and annotated games, all the tactical themes and typical traps of the main lines in the Indian Openings and related systems like the Catalan Opening and the Benoni Defence.

After studying these brilliant surprise attacks, or just enjoying them, the adventurous chess player will win more games.

British Chess Magazine:
"A large number of both subtle and unsubtle man-traps that can be used to gain easy points."

John Elburg Chess Reviews:
"Playing through these well explained games will help you to obtain a feeling for the characteristic middle game stratagems."

Mark Donlan, Chess Horizons:
"If you play these openings, you'll want to be familiar with these tactical themes."

Carsten Hansen, ChessCafe:
"The authors do a good job of keeping their target audience in mind, say, those rated between 1300 and 2100, with the lower end of the spectrum deriving the most benefit."

Ira Lee, Delaware Chess Newsletter:
"I was impressed by these books. Diagrams are numerous and the text flows well."

Praise for previous volumes in the Tactics in the Chess Opening series:

Jeremy Silman, author of How to Reassess Your Chess:
“A useful opening guide, with lots of opening ideas that can be assimilated by everyone.”

IM John Watson, TWIC:
“A high quality product that is particularly appropriate to give the average club and tournament player an overall grasp on the dangers and opportunities available in a given opening.”

GM Paul Motwani in The Scotsman:
“What an irresistible feat of attacking play!”

IM John Donaldson:
“The annotations are to the point, detailed but not so much as to lose the reader. This book should be a pleasurable way for those below 2200 to master the fundamentals of tactical play.”

Rick Kennedy, ChessVille:
"A very enjoyable book that will teach as well as entertain. The games tend to be sprightly educational miniatures."