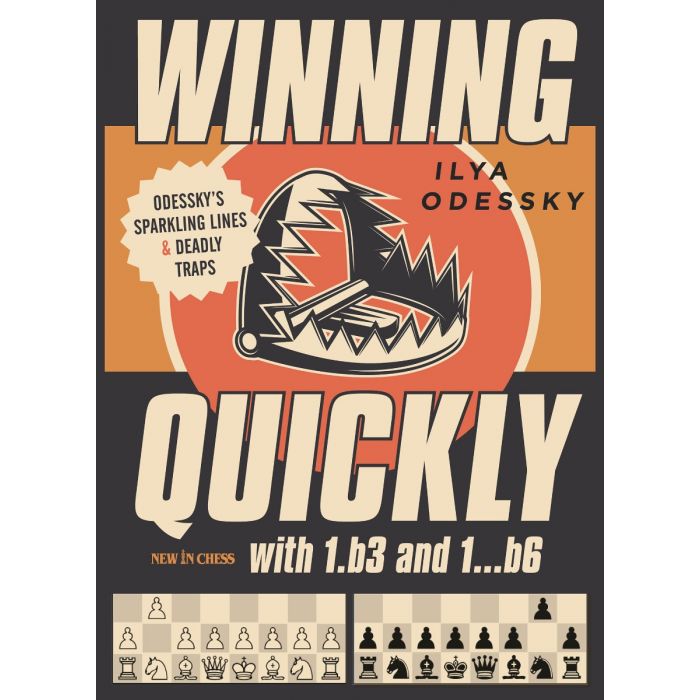 Editorial review of Winning Quickly with 1.b3 and 1…b6:

“Full of wit, pithy comments, barbed leading questions, some political incorrectness and many dramatic turns of phrase. In these pages, success relies on the fact that ‘to err is human’, as in a stressful situation (i.e. limited time, lack of opening knowledge) strong players have a tendency to go astray. If you have recently become an adept of online Blitz, then this book could be a godsend. The mischievous almost anti-establishment joy in all this trickery is contagious. What tremendous fun! So it’s far from being a rigorous textbook on 1.b3 and 1...b6, more a personal journey showing the appeal as well as the trials and tribulations of going your own way.”
GM Glenn Flear, Yearbook 136

“Filled with amazing analysis and great stories, many of which date back to the author’s formative years in the Soviet Union. These ruminations, which sometimes carry on for several pages, make for fascinating reading and touch upon all manner of chess related themes. Odessky, who more or less retired from tournament play after earning the IM title in 1996, but came back to battle the big boys in rapid and blitz on his home grown turf with 1.b3/ 1…b6, has written a thoroughly entertaining book.”
IM John Donaldson

“Experienced author and 1.b3 expert Odessky reveals in his latest work for New In Chess, [that] both 1.b3 and 1…b6 can easily lead to some rather romantic chess, in which tactics and early attacking chances abound. The author freely admits that not all his recommendations are one hundred percent sound, but they should still pack a definite punch at faster time limits and even at a slower rate at club level.”
CHESS Magazine (UK)

“This book is infectious, extremely rich in analysis, offers a mini-course on linking computer variations and human judgements, and throws out insights on life – very little is missing. Odessky gives us plenty of scope to reflect on the ‘mental architecture’ of the game. Thus he drwas a distinction between ‘traps’ and ‘trap strategy’. In his terrific translation, Steve Giddins conveys the sheer joy and fun that comes from all the hard work. This work deserves a place in every player’s library.”
Peter O’Brien, British Chess Magazine