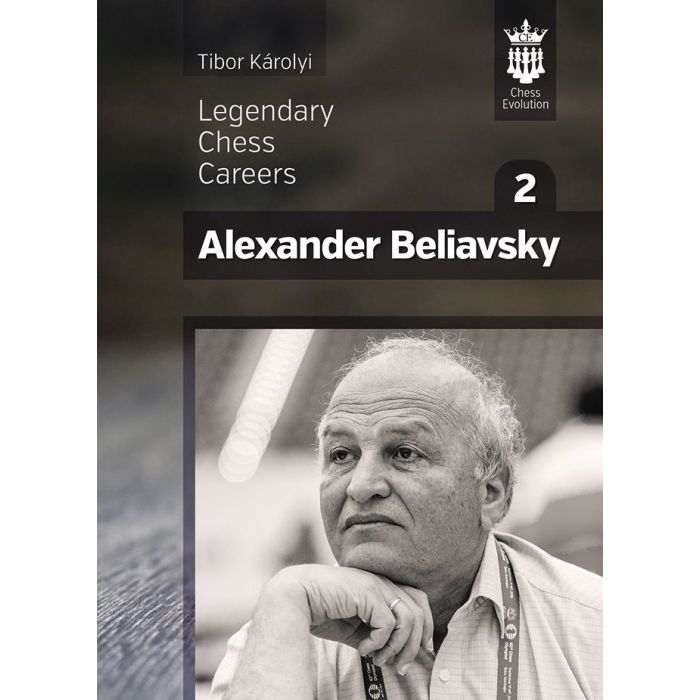 Where to separate volumes is generally not an easy task, however this time it was rather easy. In the first volume Beliavsky's junior years are covered and it ends when he becomes an established world-class player. He was an exceptionally successful junior winning virtually every possible honour. Soon afterwards he produced a sensational performance by winning the Soviet Championship, sharing first place with the legendary world champion Mikhail Tal. With this he proved himself to be a very strong player, however it took him a few years to become an absolute world-class player.

The opportunity to increase the scope and size of the book with a second volume mainly resulted in a different finale to the book than I (Tibor Karoly) had envisaged. Originally I wanted the end to cover recent years and show a few games from the later stages of his career, in which he gave lessons to some future great players, including the present world champion Magnus Carlsen.

In the first volume I selected the games with which he achieved new heights, combined with his best, most instructive and entertaining games. As an established world-class player he was often able to make the life of the superstars of the eighties very difficult indeed. I covered his route to becoming a World Championship candidate, and also showed many of the games which helped him to win some of the very best tournaments in the world. In the 80's Alexander reached equal 3rd place in the world rankings and in the 90's he also had some blooming periods, for example reaching 2700, which was a much bigger achievement then than now.

In the second volume I gradually shift to selecting his games on the basis of their quality. The questions he answered last minute are mainly included in this second part. Virtually no present-day world class player is able to avoid losing at least a game and players who want to improve can profit a lot from his suggestions as he speaks about his successes as a trainer. One extremely strong feature of Alexander is that he has always been able to produce fighting, exciting and highly entertaining games.