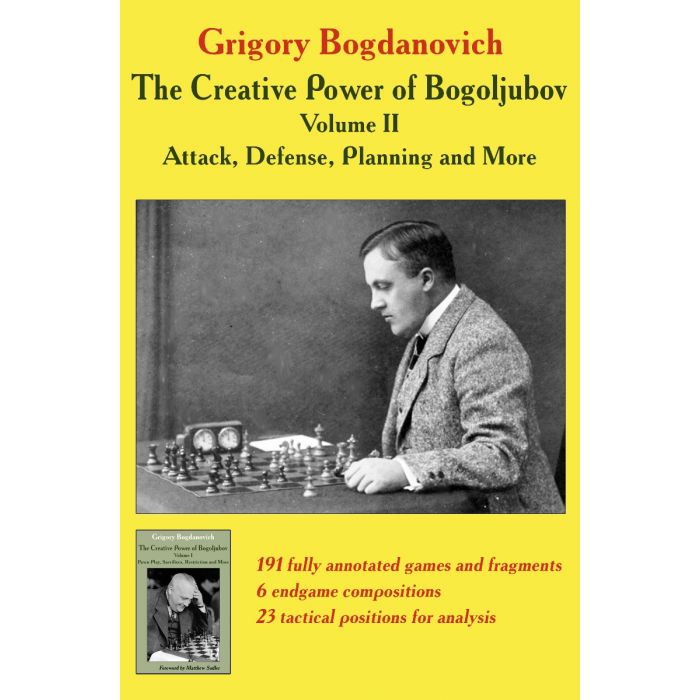 In the second part of his two-volume treatise on Bogoljubov’s games, International Master Grigory Bogdanovich provides 191 fully annotated games and fragments as well as 6 endgame compositions and 23 tactical positions for the reader to analyze.

As in the first volume, his analysis of Bogoljubov’s games is split into instructive themes, making his treatise a fantastic textbook for learning a huge range of winning techniques.

In the openings chapter, there is a special section on how Bogoljubov handled Spanish Exchange, Carlsbad, Stonewall and Pillsbury knight structures. It also includes his contributions to theory in the King’s Gambit, Two Knights, Four Knights, Spanish, French, Queen’s Gambit Cambridge Springs, Slav and Semi-Slav, Zukertort System and Bogo-Indian.