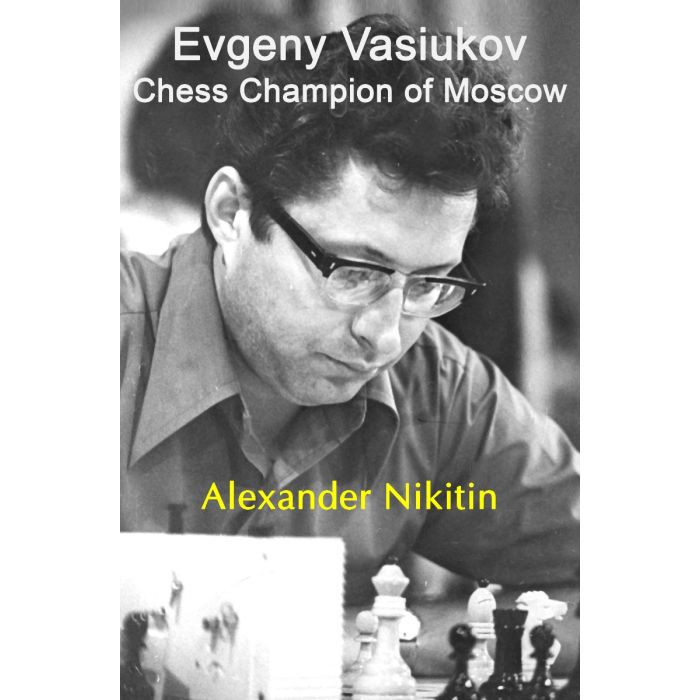 Evgeny Vasiukov (1933-2018) was a top-level grandmaster from Moscow who won the Moscow championship 6 times, and over 50 major tournaments in total, including the strong Manila 1974 tournament ahead of Bent Larsen, Lajos Portisch and Svetozar Gligoric. He participated in 11 Soviet championships and was a coach and aide to Anatoly Karpov, Mikhail Tal, David Bronstein, Viktor Korchnoi and Efim Geller among other famous players. In particular, he was part of Karpov's team of seconds in the world championship matches against Korchnoi in 1978 and Kasparov in 1984 and 1985. In 1995 he won the world senior chess championship. His play was notable for an attacking approach with swashbuckling combinations in the style of Mikhail Chigorin, as well as innovations in offbeat openings such as 2.d3 against the French Defense. He boasted positive career scores against Vasily Smyslov, Larsen and Bronstein.

In this book his life-long friend and sparring partner, Garry Kasparov's long-term coach Alexander Nikitin, presents a selection of games illustrating Vasiukov's career and legacy. Opponents in this games collection include world champions and challengers Tigran Petrosian, Boris Spassky, Tal, Smyslov, Bronstein and Korchnoi, as well as other leading players such as Lev Alburt, Alexander Morozevich, Mark Taimanov, Portisch and Geller, among others. Readers will find the annotations both highly instructive and entertaining, in an informal style.