Sacrifice to Win
Author
Susan Polgar
Out of stock 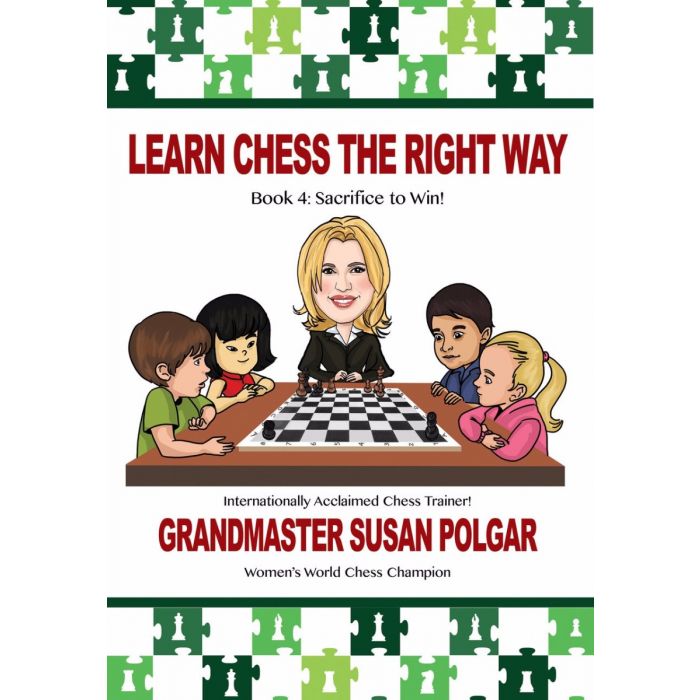 Learn Chess the Right Way is a five-volume chess puzzle book series aimed at the novice, beginner and intermediate level player, using the unique methods of the award-winning coach and former world champion Susan Polgar. It introduces the most important checkmate and material-winning tactics, as well as defensive techniques to the new chess player. Each of the five volumes will consist of 500 puzzles. Volume 4 is all about exercises where you have to make a ŸsacrificeŒ for a material gain or even checkmate. In each of the first five chapters, a certain piece is being sacrificed to checkmate the enemy King (in chapter 1 — The Queen, in chapter 2 — The Rook, and so on). In chapters 6-10, you will get no hint about which piece should be sacrificed. However, you will know what the target is, to win a Queen, or Rook etc. In chapter 11, there will be no hints whatsoever. The goal is simple: sacrifice one of your pieces to either checkmate or gain material. Many of the examples are built on skills (such as forks, discoveries or pins) learned in volumes 1 and 2 of this series. In most of the puzzles, you will need to think 2-3 pairs of moves ahead in order to find the correct solution. With over 40 years of experience as a world-class player and coach, international grandmaster Susan Polgar has developed the most effective way to help young players and beginners — Learn Chess the Right Way. Let her show you the way to understanding the most common and critical patterns and let her show you the way to becoming a better player. SUSAN POLGAR is a winner of four Women’s World Championships and the top-ranked woman chess player in the United States. She became the #1 woman player in the world at 15 and remained in the top 3 for over 20 years. In 2013, she received the U.S. Coach of the Year Award and the following year, she was named the Chess Trainer of the Year by the International Chess Federation (FIDE). She thus became the first person in history to be accorded both honors. Under her guidance, SPICE chess teams at both Texas Tech University and Webster University have won a combined five consecutive National Division I Collegiate Chess Championships.