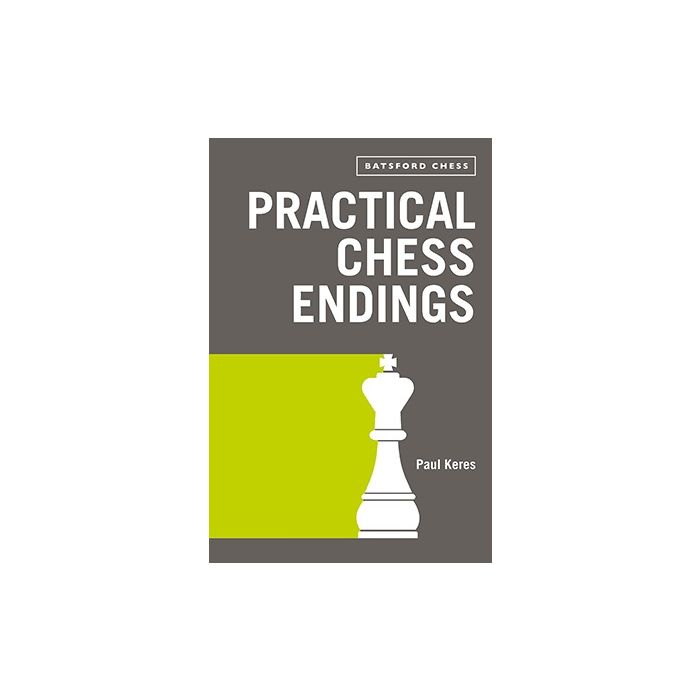 An updated edition of Paul Keres’ classic endgame instructor, designed specifically for practical players with over 500 extra diagrams to facilitate learning and memorisation of critical lines of endgame play.

It is an essential practical book, for all chess players, from one of the world’s greatest grandmasters. Keres remained an elite grandmaster throughout his life and is widely regarded as one of the s strongest ever players not to have won the world chess champion.

This book is a comprehensive guide to the precise handling of all basic endgame positions. It features logical step-by-step explanations of procedures required to obtain the best possible results from frequently occurring queen, rook, bishop, knight and pawn endings. It includes commentaries on the final stages of selected tournament games, which demonstrate the art of favourable transposition from complex to clear-cut endgames.

Paul Keres (1916 – 1975) was an Estonian chess grandmaster and chess writer. He was among the world’s top players from the mid-1930s to the mid-1960s and runner-up in the Candidates’ Tournament on four consecutive occasions. Many chess historians consider Keres one of the greatest players in history, and the strongest player never to become world champion.