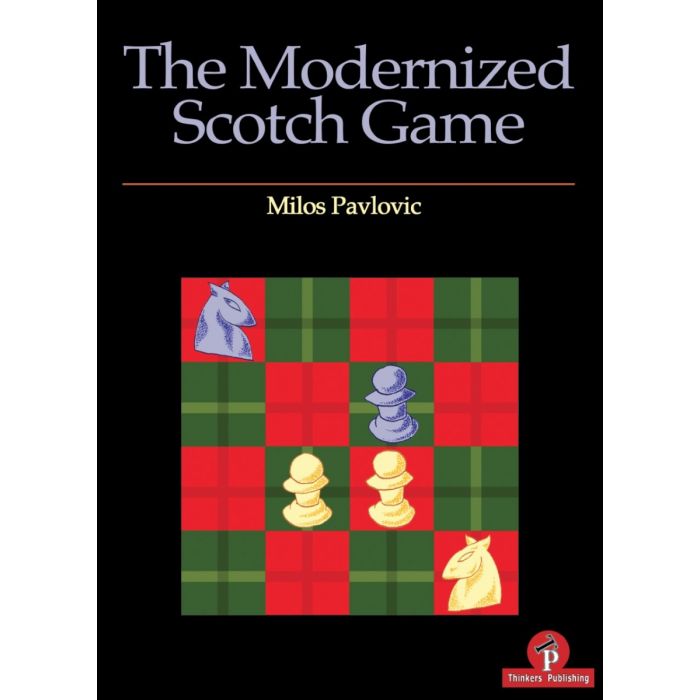 The Scotch was one of the first modern openings to appear in tournament practice. The nature of the Scotch fitted perfectly into the 19th century era of Romantic chess – the opening’s emphasis on opening lines, fast development, rapid centralisation and, most importantly, fast attacking chances, meshed seamlessly with the style of the day. In a stylistic sense the Scotch very much resembles Open Sicilian positions.

In spite of its long history however, for most of its life the Scotch did not enjoy great popularity. It was a recognized answer to 1… e5, for sure, but it never seriously challenged the Ruy Lopez as the most “objective” way to fight for an opening advantage. The general opinion was that Black had enough resources to achieve equality. The turning point for the fortunes of the Scotch was the world title match between Kasparov and Karpov in 1990, the first time that the opening had been tested at such an elite level. Unsurprisingly, Kasparov’s decision to employ this old opening meant that its appearances in tournaments soared.

The popularity of the Scotch generated by this match remains today, and I would say it is perhaps more popular than ever before. That begs the obvious question – why? Well, due to the nature of the positions that tend to arise it is ideal for engine analysis, and so it lends itself perfectly to the tools of the current day. It is a nice paradox that the Romantic foundations of this opening merge so well with the computerized modern era. Credit can mostly be given to Kasparov for reviving this old opening, but there are many others who have contributed to exploring new ideas and forging new paths. A lot of discoveries have been made by some young grandmasters who don’t shy away from analysing deep tactical solutions with the aid of the silicon beast.

The only other book written on the Scotch that I used whilst searching for material is the excellent work by the English GM Peter Wells, The Scotch Game. Wells’ book comes from an older, classical style of opening literature which is helpful in developing the reader’s understanding and certainly still has its merits today. Since its publication in 1998, however, many new lines have been introduced and our general approach to the Scotch has changed dramatically. Nevertheless, it served me well as guidance as I wrote this work. This book is going to be a big one, so my introduction will be a little different to my usual approach. I will try to present the most important features in the book so that readers can immediately see what kind of material they will find.