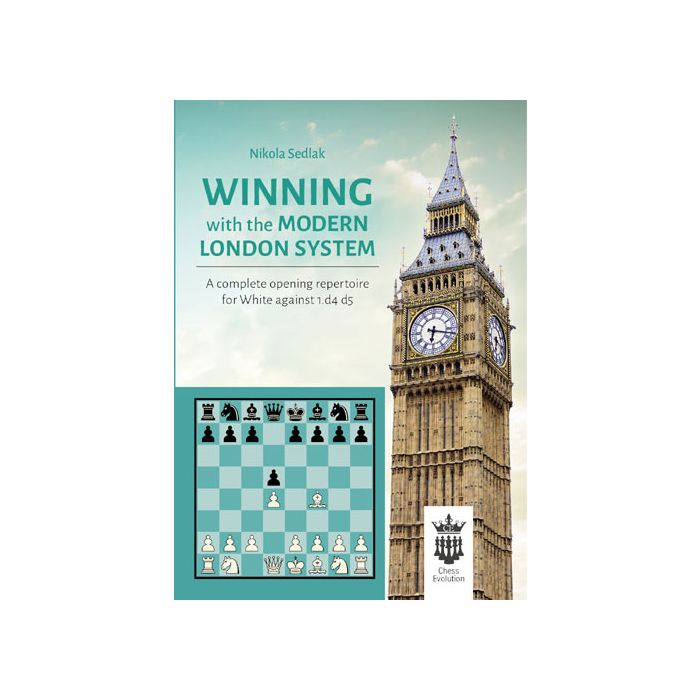 At the present moment the London System is becoming increasingly popular at the top level - even in ‘classical’ tournament games, although it’s much more often seen in rapid.

Currently the top players who use it most frequently are American Grandmaster Gata Kamsky and Russian Grandmaster Boris Grachev, while other top players occasionally have it in their repertoire, usually using it as a surprise weapon. Among them are Magnus Carlsen, Vladimir Kramnik and others.

Also a great contribution to this system came from the French Grandmaster Eric Prie, who plays it in a very original and active manner.

In this book the London System opening is presented using all of the most important games with thorough comments, through which the readers will have the opportunity to understand the essence of this opening.

Author Grandmaster Nikola Sedlak will show that this system is fully deserving of your attention for analysing and playing, that it’s unjustly neglected in comparison with other openings and also that it gives players myriad interesting positions on the board, free and creative play, with lots of space for further growth and improvement.

Nikola Sedlak was born in Subotica (Serbia) in 1983. His best rating is 2605. Grandmaster since 2003. Winner of many open tournaments. He started to play the London System in 2005 and plays it with big success even nowadays.