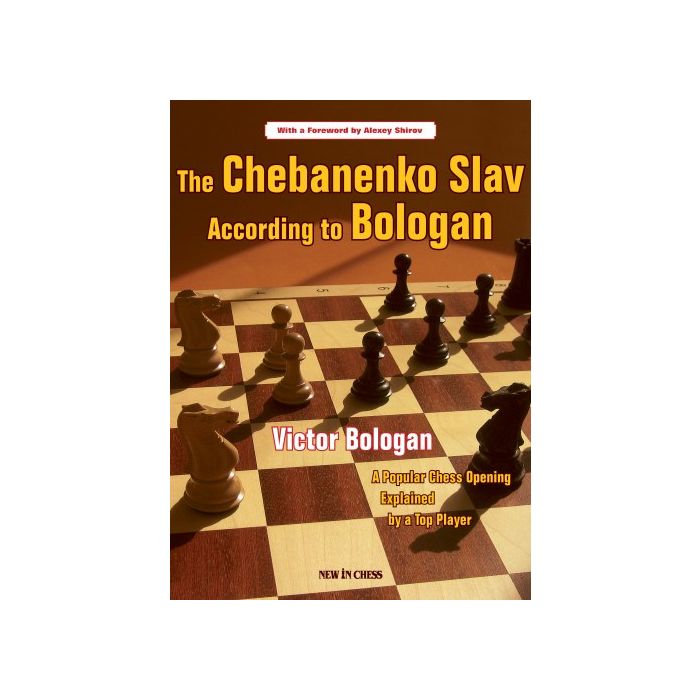 Chebanenko’s move 4…a6 in the Slav Defence has grown into one of the main systems for Black. It is an extremely flexible and almost universal weapon against the Queen’s Gambit.

The Chebanenko Slav is very popular among top players. Club and internet players like it because it offers  Black solidity as well as active counterplay in all lines.

The Chebanenko Slav According to Bologan gives full coverage of all the variations starting with 3.Nf3 Nf6 4.Nc3 a6 and the ultra-modern ideas behind this system.

It is written by a world-class player in a very accessible style and contains many tips, tests and tools.

Victor Bologan is one of the strongest grandmaster in the world. He has won many tournaments in his career, including Dortmund 2003, the Moscow Open 2003 (Aeroflot) and Mainz 2007.


Jeremy Silman, author of 'How to Reassess Your Chess':
"Stands head and shoulders above everything else on the subject, and is how I wish every advanced opening book would be written."

John Saunders, British Chess Magazine:
"A very interesting book on this interesting system which has gained popularity over the past ten years or so. It is a well-researched book by a very strong player who has a growing reputation as an entertaining writer."

Arne Moll, ChessVibes:
"Extremely well-researched and written with a lot of passion."

Bill McGeary, ChessVille:
"Volumes like this do not come along very often and this will be the standard for the Chebanenko for years to come."

From the Foreword by Alexey Shirov:
'Play 4...a6 in the Slav! I used to think it was a loss of tempo but it is not!'

James Vigus, author of 'Play the Slav':
"The quantity of new analysis is impressive."

IM John Donaldson:
"Victor Bologan, whose book of his best games was widely praised, has another winner here."

Carsten Hansen, ChessCafe:
"For serious players of 1.d4 and the Slav, this book is a must. It is simply outstanding."

Joe Petrolito, Australasian Chess Magazine:
"An excellent example of how an opening book should be written."

GM Glenn Flear, Yearbook:
"There aren't many books around by players of this calibre, nor are there many that offer so much new material."

FreeChess:
"Victor Bologan's first book, on his chess career, was already a modern classic. This one, his second book, is even better."

Jeremy Silman, author of 'How to Reassess Your Chess':
"One of the best autobiographical game collections ever.’

Harry Schaack, KARL Magazine:
"The didactic explanations show that the author is a chess coach (...) Bologan wants the reader to understand the structure of the position."