“1.e4 e5 is not just an opening. It is repertoire that represents our game as a whole. It is something players of all styles will enjoy due to the countless possibilities 1…e5 provides.
Sample Pages 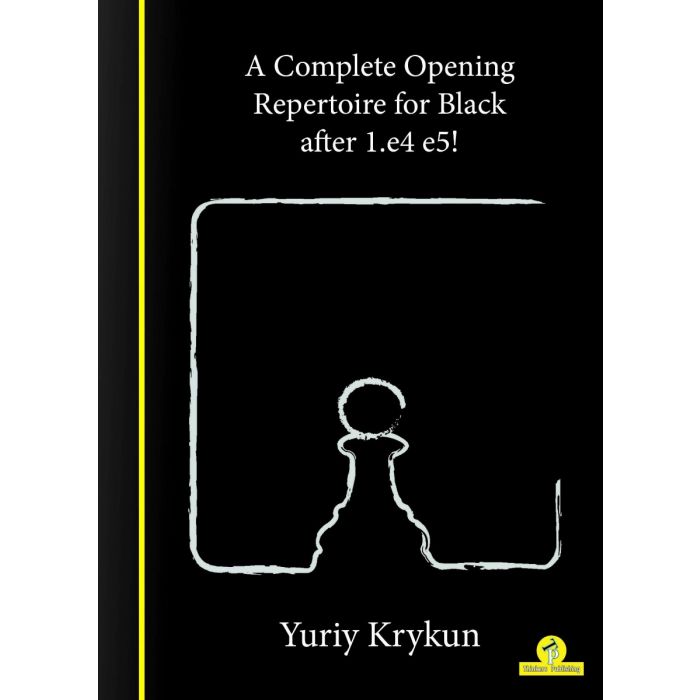 One of the important issues players face – both relatively inexperienced ones at the beginning of their career as well as seasoned ones as they realize their chess craves change – is choosing an opening repertoire.

As a player and a coach, I have seen many approaches to this question, both remarkable and mistaken. Some players believe that the opening is something to ignore, that everything is decided in the middlegame. Others think that studying opening traps is what wins games.

Some tend to follow their favourite world-class player’s recommendations, while others like to sidestep well-known opening theory early on, preferring unpopular side-lines.

To me, opening choice is about all those decisions. I think that many openings are good; there are some dubious ones, but they can also yield formidable results overall or in specific situations if chosen and handled carefully.

I firmly believe that your opening repertoire should mostly be based on your playing style and other personal traits, such as memory and work ethic. It is important to evaluate yourself as well as your strengths and weaknesses properly in order to be able to build the right repertoire that would not only suit you well, but also improve your overall chess.

The little detail, though, is in the word “mostly”. Namely, I firmly believe that there are a few classical, rock-solid openings with an impeccable reputation, such as 1.e4 e5 as a response to 1.e4 or the Queen’s Gambit and Nimzo as an answer to 1.d4 that players of all styles and standards should try, no matter what their style is. This will enable players to learn, appreciate and practice some of the key chess values, such as the importance of space, lack of weaknesses, bad pieces, and comfortable development and so on – you name it.

1.e4 e5 is not just an opening. It is repertoire that represents our game as a whole. It is something players of all styles will enjoy due to the countless possibilities 1…e5 provides. Hopefully, learning 1…e5 will also make you a better player. And, finally, I hope the book you are now holding in your hands will not only give you joy but illustrate a passion for chess with the variations presented in this work.