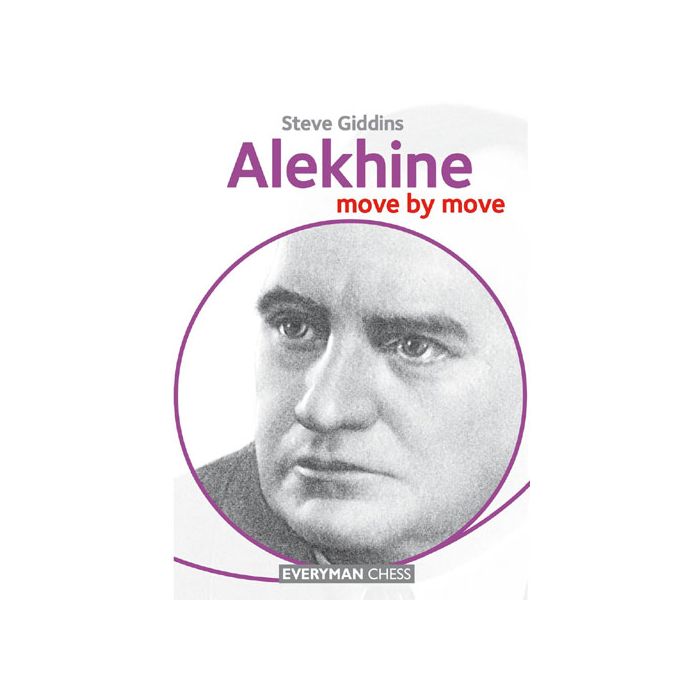 About / Alekhine: Move by Move

Alexander Alekhine was a two-time World Chess Champion and is widely regarded to be one of the greatest chess players of all time.

During his best years he dominated tournaments, and in 1927 he defeated his great rival José Raúl Capablanca to win the world title.

Alekhine was renowned both for his fierce competitive nature and his dazzling combinative play. He had a phenomenal ability to unleash combinations even from seemingly harmless positions, and he is undeniably one of the best attackers the game has ever seen.

In this book, FIDE Master Steve Giddins invites you to join him in a study of his favourite Alekhine games, and shows us how we can all learn and improve our chess by examining Alekhine’s masterpieces.

Steve Giddins is a FIDE Master and a former editor of British Chess Magazine. He’s the author of several outstanding books and is well known for his clarity and no-nonsense advice. He has also translated over 20 books, for various publishers, and has contributed regularly to chess magazines and websites.