Attack and Counterattack in Chess

Attack and Counterattack in Chess 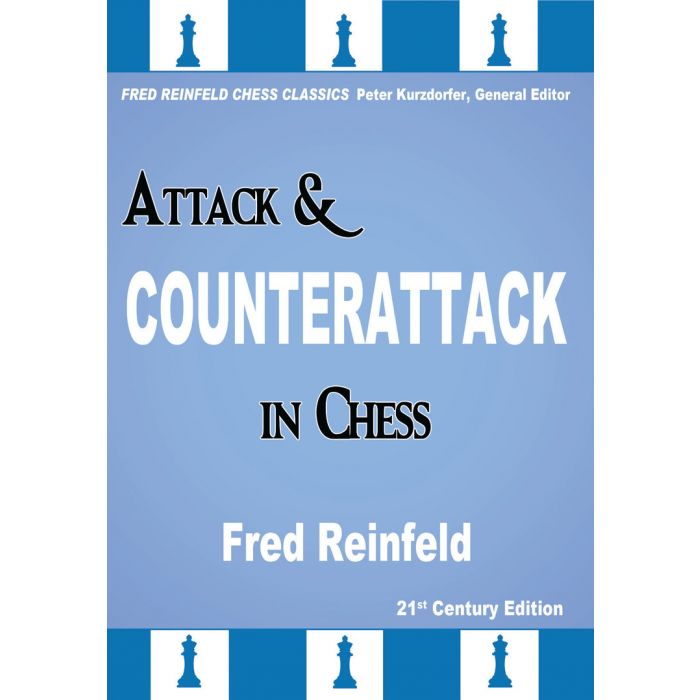 Fred Reinfeld’s timeless Attack and Counterattack in Chess starts with the basic premise that White plays to build on the natural initiative that is inherent in having the first move, while Black plays to sap White’s divine right to this initiative, only to take it over the moment it is possible.

The book is neatly divided into two sections: How White manages to make good use of his right to the first move by taking advantage of typical mistakes by Black, and how Black succeeds in challenging that right and taking over the initiative by jumping on blunders by White.

There are several points to keep in mind as you peruse the games involved. The first is that this is not an opening book. The examples of play are all built around a complete chess game that came to a logical conclusion based on one player’s muffs and the other player’s exploitation of those errors. The other point is that the poor moves that are taken advantage of were to some extent based on carelessness or inattention or lack of knowledge but were also set up on purpose by the winning player.

The last five chapters look at how to seize the initiative as Black; how to play against gambits; how to defend against a powerful attack; how Black can seize the attack; and how to exploit unusual openings. Again, each topic unfolds during a chess game with faulty play by White and its logical destruction by Black.

Develop and improve your attacking/counterattacking skills with the 21st-century edition of Reinfeld’s Attack and Counterattack in Chess!

How to Be a Winner at Chess