Back to Basics: Tactics

Back to Basics: Tactics 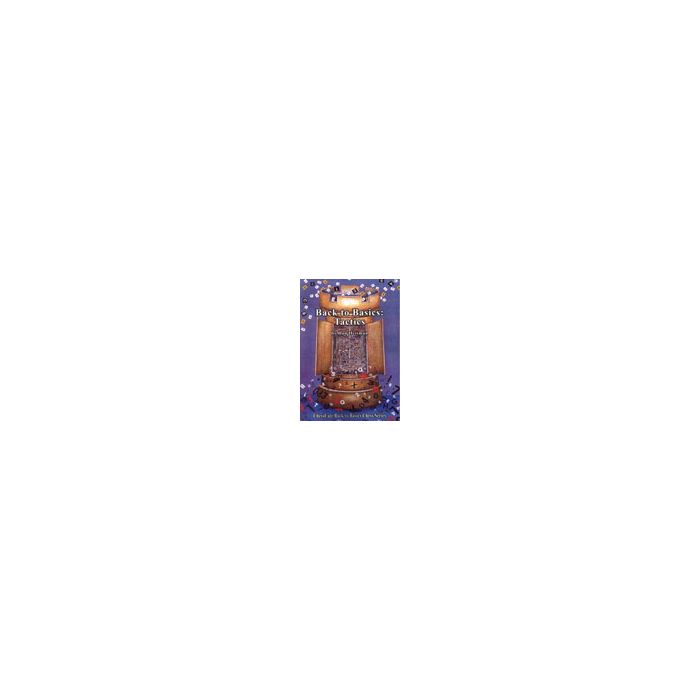 Tactics are usually why most people find chess fun!

This book will greatly enhance your enjoyment learning about – and benefiting from – the recurring patterns of tactics. In chess, if you lose all your pieces you can’t win! And if you capture each of your opponent’s pieces, winning should be easy.

Even if you just get ahead by a small amount of material, your chances of winning soar. The way to win your opponent’s pieces is through the use of tactics. This book is about all types of beginning tactics.

The author covers comprehensively the subject with basic instructional material, examples, and problems of all types – about 500 examples and problems ranging from too easy to very difficult!

It does not matter who gets the advantage out of the opening if one of the players is likely to lose a piece to a simple tactic in the middlegame. Losing a piece from an advantageous position will almost always result in a lost position.

So study tactics, not openings, until you almost never lose pieces to simple tactical motifs.

The Importance of Tactics
Chess games are generally won in one of two ways:

(1) Attrition, where one side gets a material advantage and then uses good “technique” to trade down into an easily won endgame, or
(2) A direct mating attack on the opponent’s king.

Whichever way the game is won, it’s usually a tactic that creates the material advantage or leads to the mating attack.

Of all the skills in chess, the one that correlates highest with how good you are is your tactical ability. Especially among beginning and intermediate players, the one who is the better tactical player almost always wins.

So, until you are fairly proficient, it makes sense to concentrate more on tactics than on any other part of the game. Hence, learning a lot of particulars about positional play won’t help you if you find yourself overlooking tactics and losing pieces.

It is well established that the study of basic tactics is probably the single most important thing any beginner can do to improve at chess. This book will help you do that!

National Master Dan Heisman is a chess writer and professional chess instructor in the Philadelphia area. His best-selling chess book 'Looking for Trouble' was one of the first chess books to highlight the importance of identifying possible tactical threats.

His popular monthly column for beginners, 'Novice Nook', has been a regular feature at ChessCafe.com since 2001.

British Chess Magazine:
"This well laid-out, large format book is a bright and breezy primer for the elementary player."

Richard Rosenborough, ChessCafe:
"One secret of Heisman's success is his ability to empathize with his audience."