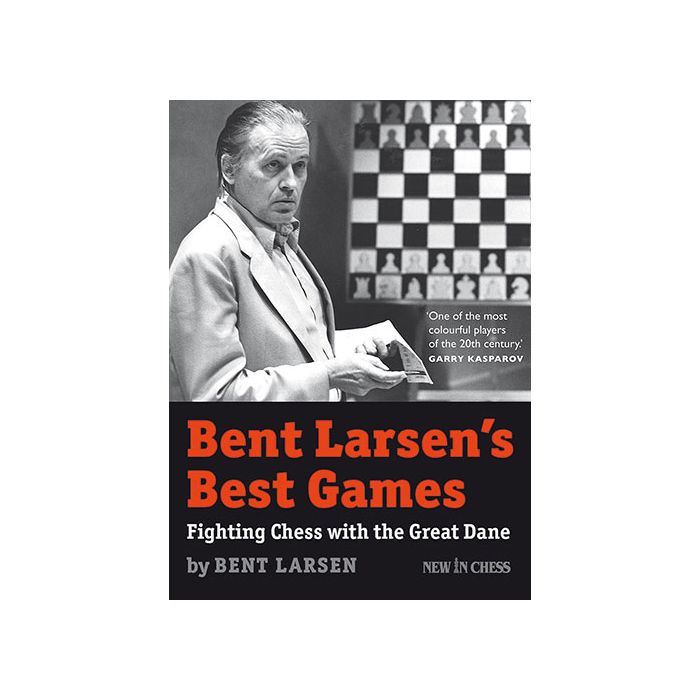 Bent Larsen (1935-2010) was one of the greatest fighters chess has ever seen. In his rich career the great Dane defeated all World Champions from Botvinnik to Karpov and he became one of the most successful tournament players of his time.

Bent Larsen's uncompromising style and his unorthodox thinking made him popular with chess players all around the globe.

In 1967/1968 Larsen won five international elite events in a row, a truly spectacular achievement. His successes were such that Bobby Fischer let him play first board in the legendary Soviet Union vs. the World match in Belgrade in 1970.

Bent Larsen also was a highly original chess writer and an extremely productive chess journalist. Not surprisingly the first chess book that Magnus Carlsen ever studied was written by the strongest Scandinavian player before him.

This collection brings together more than 120 of Bent Larsen’s games, selected and annotated by himself. His comments are lucid, to the point, often humorous and always instructive. Together, these games are a tribute to his genius  and a continuous joy to read and play through.

Garry Kasparov:
“One of the most colorful players of the 20th century.”

Alfonso Romero Holmes, former Spanish Chess Champion:
“One of the best books in the entire history of chess. A masterpiece.”

Davide Nastasio, ChessCafe:
"I have long wanted to have a collection of Larsen’s games in algebraic notation. Unfortunately, the previous books were all in descriptive. Larsen’s writing style is very pleasant, and accessible to the widest range of players (..) He shares many nice anecdotes and compelling insights."

Anatoly Karpov:
"Of the many chess masters I have met, Bent is the most original."

Leonard Barden, The Guardian:
"A collection of 120 of the legend’s games annotated in his lucid, humorous and instructive style. An evocative book, and an excellent read."


Christopher Lutz, former German Chess Champion:
“With a fine sense of humor Larsen explains his aggressive and unconventional approach to chess, in way that is instructive to players of all strengths.”

Mihail Marin, author of 'Learn from the Legends':
"Together with his love for and deep knowledge of chess, it is the refined humour of this outstanding player and highly cultured person that makes his comments so unique."

British Chess Magazine:
"The most important book of the last twelve months."

John Henderson, The Scotsman:
"I doubt whether I’ll read a finer book all year. A colourful attacking player, Larsen was considered the best player in the West in an era of Soviet chess hegemony before a certain Bobby Fischer burst on the scene. This wonderful reworking of his classic biographical anthology, printed by New in Chess, proved to be a seasonal delight and a timely reminder of just how good Larsen was, with some of his greatest wins over players such as Fischer, Smyslov, Petrosian Karpov and Spassky - world champions all."

Jeremy Silman, author of 'How to Reassess Your Chess':
"I consider the earlier version to be one of the best chess books ever written. This new version is even better."

Peter Heine Nielsen, former Danish Champion, present second to Magnus Carlsen:
"His chess writing is among the best, combining analysis with humour and psychological understanding of the fight."