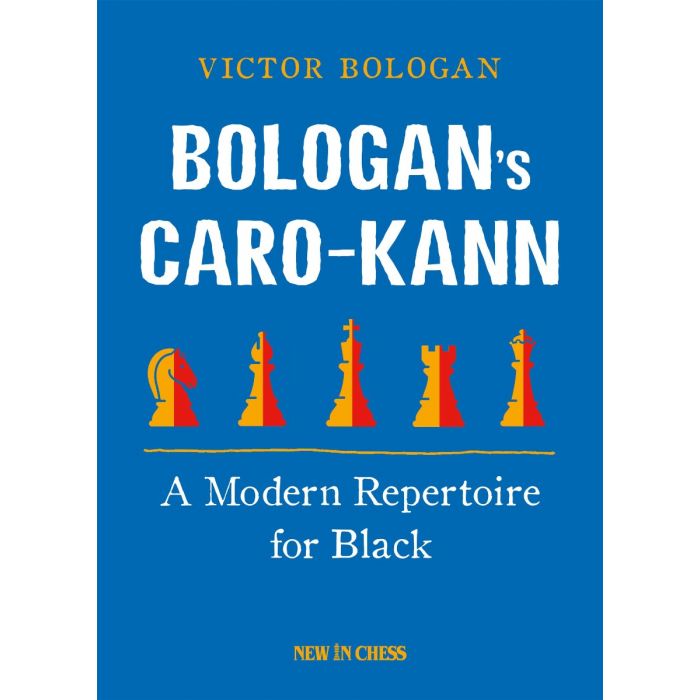 The Caro-Kann is one of the most important and popular responses to 1.e4. World champions Botvinnik, Petrosian, Karpov and Anand have played this reliable chess opening in many of their games. Present-day elite players such as Hikaru Nakamura and Fabiano Caruana are proving that the ‘drawish’ reputation of the Caro-Kann no longer holds in modern chess.

Victor Bologan presents a complete Caro-Kann repertoire for Black that is much more than just a lucidly explained and highly playable set of responses. In many lines Bologan provides – as he has done in his other recent major chess opening books for New In Chess – two options to handle the Black position.

Bologan’s explanations are accessible for a wide range of players and he provides the reader with a thorough grounding in the strategic and tactical motifs. During his research, Bologan has found many new ideas and resources. After reading and studying this book you are bound win many exciting games with Bologan’s Caro-Kann!

“Nobody has previously offered up so many practical ways of playing for Black. Throughout the work, I found that the author had found a happy balance in informing the reader without going overboard on unnecessary and often confusing detail.”
GM Glenn Flear, Yearbook 120, on Bologan’s Ruy Lopez

"There is a huge amount of theory in this book, but Bologan presents it in a lively manner and explains things simply and well. I give this book a strong recommendation for players of a wide range of playing strengths."
IM John Donaldson, ChessToday, on Bologan’s Black Weapons in the Open Games