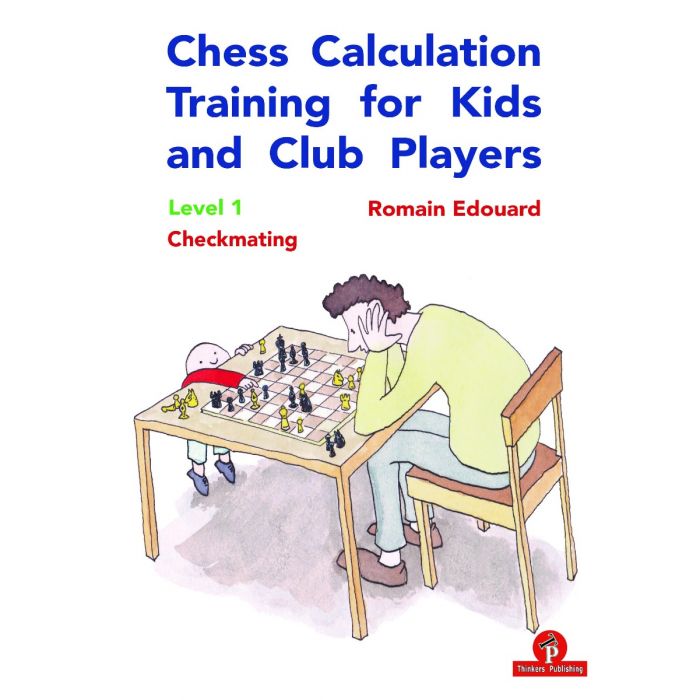 In 2017, Romain Edouard launched a brand new series of exercise books, Chess Calculation Training. The series became one of the most popular tactics books amongst advanced players. This new series, Chess Calculation Training for Kids and Club Players, is based on the same model, but aimed at players of a more modest level. In this first volume, you can enjoy 276 chess problems, which arose in real games, and you should checkmate your opponent! The book is divided into eight chapters, starting with basic mates in two, and the difficulty of the exercises increases as you go through the book. It is a fantastic training tool for anyone wanting to improve his tactical skills quickly, and not miss any opportunity to end the game with a glorious checkmate!

Romain Edouard, with a highest rating of 2702, has been part of the French national team since 2011. As a teenager, he won the gold medal in the European U16 Championship in 2006, and silver medals in the European and World U18 Championships in 2007. Having already written four books, Romain has earned the reputation of being an outstanding author.