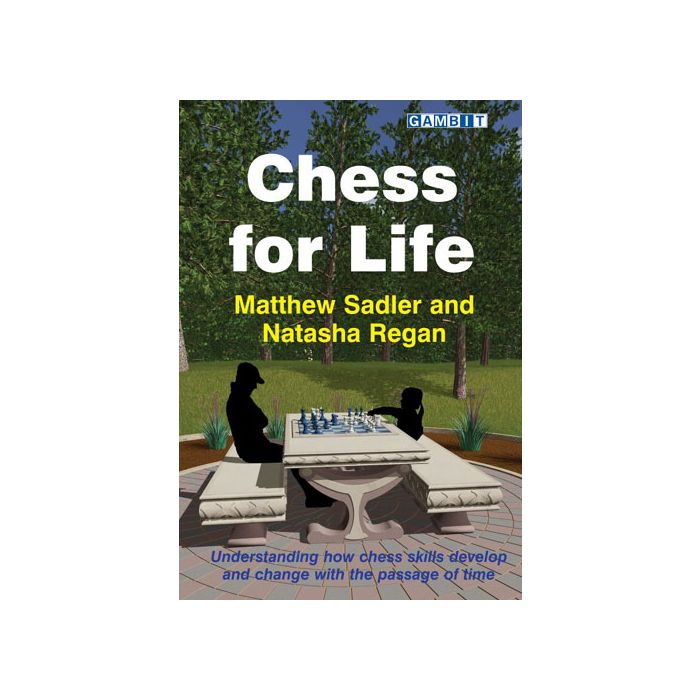 In this thought-provoking, wide-ranging and often inspiring book, the authors examine how chess style and abilities vary with age.

The conventional wisdom is that greater experience should compensate for a loss of youthful energy, but with so many of the world elite currently in their twenties, chess is increasingly looking like a young man’s game.

By making a number of case studies and interviewing players who have stayed strong into their forties, fifties and beyond, the authors show in detail how players can steer their games towards positions where their experience can shine through.

By examining so many aspects of chess, the authors have written a work that ends up transcending its subject-matter, and becomes a text on how and why we love chess, the means by which we can play successfully whatever our age and level of play, and how chess is truly a game for life.

Matthew Sadler is one of the strongest British players of recent decades. Having become a GM in his teens, he twice won the British Championship and was awarded an individual gold medal at the 1996 Olympiad. After concentrating on an IT career for more than a decade, he returned to high-level chess in 2010 and quickly regained a spot in the world top 100. Matthew’s struggles to bring his game back up to speed after his long break were part of the inspiration for this book.

Natasha Regan is a Women’s International Master from England who achieved a degree in mathematics from Cambridge University. While pursuing a successful career as an actuary in the insurance industry, she has raised a family and maintained a strong interest in chess and other board games, including Go.