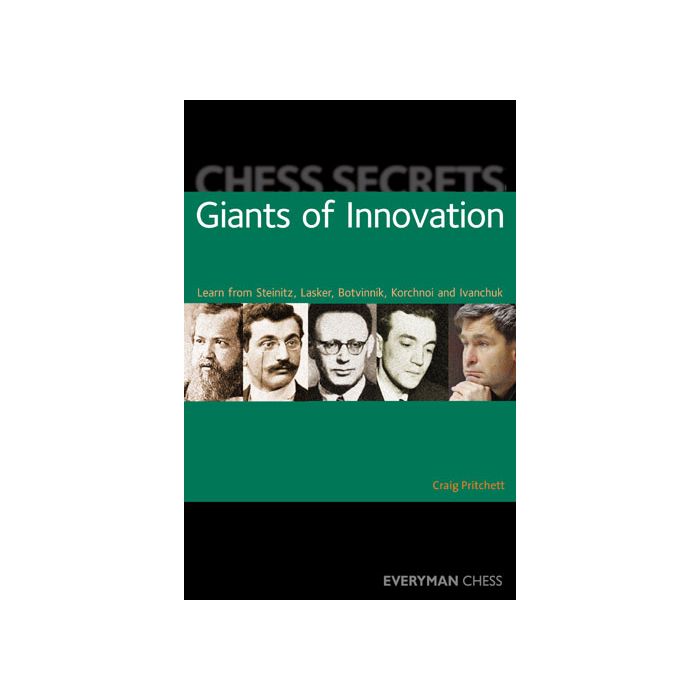 Chess Secrets is a series of books which uncover the mysteries of the most important aspects of chess, such as strategy, attack, defence, opening play, endgames, off-board preparation and mental attitude.

In each book the author chooses and deeply studies a number of great players who have excelled in such aspects of the game, greatly influenced their peers and inspired all of us.

Viktor Korchnoi set particularly high standards in the art of defence and counter-attack. Vassily Ivanchuk, a modern byword for ingenuity and surprise, excels by constant creation.

Read this book and enhance your own skills. Understand how to inject more innovation into your own games.

• An entertaining and instructive guide to innovative chess
• Learn from the greats of the game
• Discover how famous chess minds work.

Craig Pritchett is an International Master. Twice Scottish Champion, he has represented his country, four times on top board, in nine Chess Olympiads.

He was a longstanding chess correspondent for the Scottish newspaper, The Herald (1972-2006), and recently completed a five year term as Schools Chess Development Director for Chess Scotland (2003-2008).