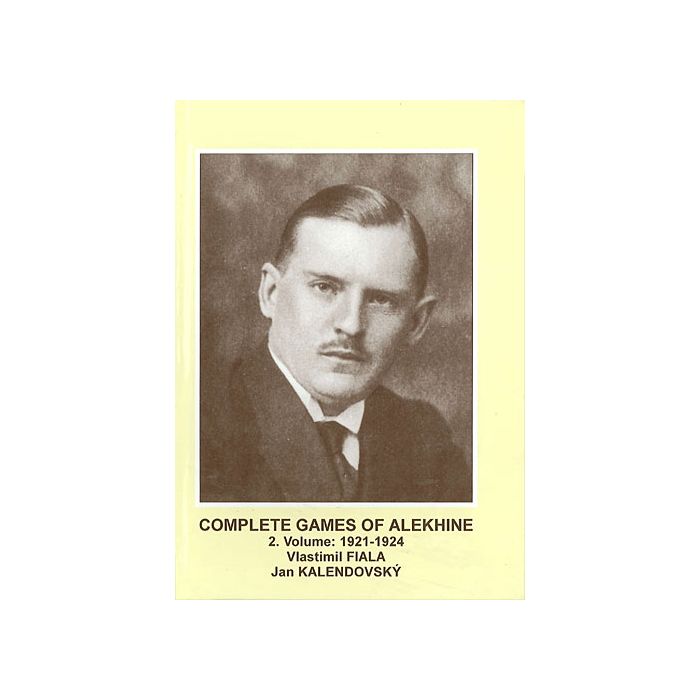 Three years after the publication of the first volume of our history dealing with the life of one the most gifted worldclass chessplayers Alexander Alekhine who held the world championship title from 1927 to 1935 and again from 1935 to 1946, the reader will have a chance to delve into the pages of the second volume.

This volume describes the ups-and-downs of Alekhine's chess fortunes in the period between 1921 & 1924, which was the utmost importance in his life. Following Alekhine's departure abroad in May 1921 and his decision to remain an émigré, the Russian master embarked on the anything but easy path of a professional chessplayer.

In 1922 he settled permanently in Paris where, a few years later, he received an official residence permit and, in the second half of 1927, was awarded French citizenship. The period between 1921 - 1924 represents a total dedication to chessplaying.

He visited a number of other European countries where on occasion he played exhibition and consultative games.

This Czech work, in English, carries on from the first volume of 1992. Tournaments games, most of them with notes, many simultaneous and so on, are interspersed with an account of Alekhine's life and travels in the key period when he was building up support for a challenge to Capablanca.

A very wide range of sources have been tapped, including national and local newspapers, so the material is fascinating. No student of chess history can fail to draw pleasure from this detailed work. An unpaged supplement of five pages contains a photocopy of the London rules of 1922 drawn up by Capablanca. (BCM, 1997, p.255)