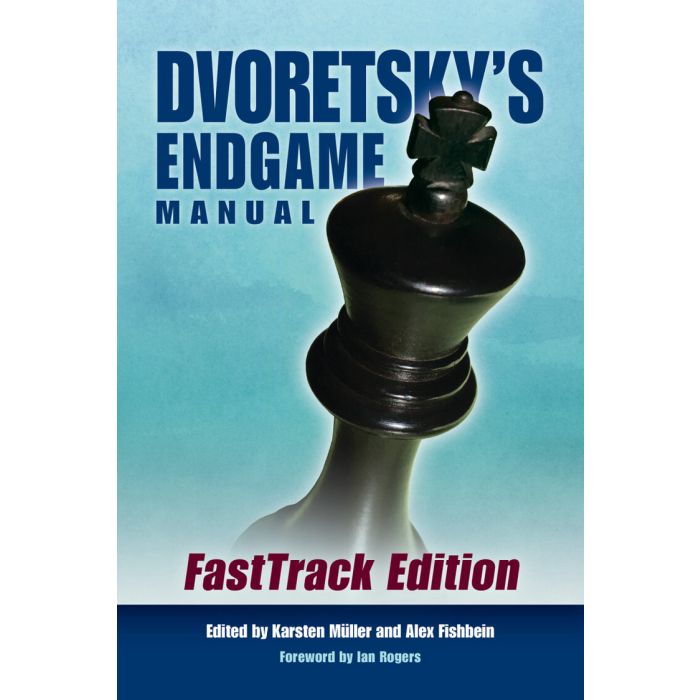 The FastTrack to Endgame Expertise!

Since it first appeared in 2003, Dvoretsky’s Endgame Manual has been acclaimed as the best single volume ever written on the endgame. With staggering depth and accuracy, it clearly reveals the secrets of this most important stage of the game.

One of the unique characteristics of the Endgame Manual has been the highlighting of text considered to be essential to the understanding of endgame theory. The late, great trainer Mark Dvoretsky carefully selected the text to be highlighted so that players at all levels could benefit from this monumental work.

Now in its fifth edition, the 440-page manual may seem somewhat intimidating to some readers. With that in mind, German grandmaster Karsten Müller and American grandmaster Alex Fishbein – both recognized endgame experts in their own right – have collected the highlighted text from the fifth edition and presented it so that the core concepts might be more readily available.

The result is Dvoretsky’s Endgame Manual: FastTrack Edition. As noted by Australian grandmaster Ian Rogers in his foreword:

“I am very pleased that Dvoretsky’s Endgame Manual: FastTrack Edition has come along. It is eminently suitable to sit in an amateur player’s library as their only endgame book, and equally good at preparing a serious student for many other fine endgame books – not forgetting of course the storied father of this volume, Dvoretsky’s Endgame Manual."

If you are serious about studying endgames, have a limited amount of time, or are simply looking for a convenient way to improve your play in endgames, the FastTrack Edition may just be the book you have been looking for.