A Zeal to Understand
Sample Pages 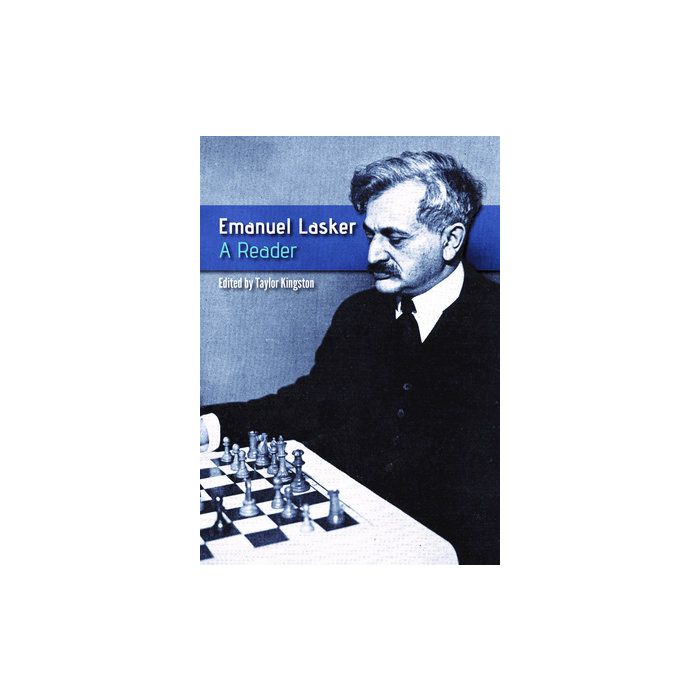 About / Emanuel Lasker: A Reader

"I do not accept an absolute limit to my knowledge. I have a zeal to understand that refuses to die."— Emanuel Lasker, 1919

Among great chess masters, Emanuel Lasker (1868-1941) stands unique for the depth and broad scope of his intellect. Most of the game’s world champions have been single-mindedly chess-obsessed, with few outside interests. Lasker, however, was very much a polymath, making major contributions to mathematics and philosophy, plus writing on many other subjects: science, politics, economics, sociology, board games other than chess, etc. All while retaining his chess crown for nearly 27 years, and ranking among the world’s top ten for over four decades.

In this book you get a unique look at Lasker himself – both intellectually and emotionally – through a wide-ranging sampling of his works, with an emphasis on chess but also including much on other topics. A partial list:

You are invited to enter the mind of this wide-ranging, insightful and outspoken intellect. Lasker was not always right, any more than he always won at the chess board, but he was always interesting.

Taylor Kingston has been a chess enthusiast since his teens. He holds a Class A over-the-board USCF rating, and was a correspondence master in the 1980s, but his greatest love is the game’s history. His historical articles have appeared in Chess Life, New In Chess, Inside Chess, Kingpin, and the Chess Café website. He has edited numerous books, including the 21st-century edition of Lasker’s Manual of Chess, and translations from Spanish of The Life and Games of Carlos Torre, Zurich 1953: 15 Contenders for the World Championship, and Najdorf x Najdorf. He considers the Lasker Reader to be the most challenging and interesting project he has undertaken to date.