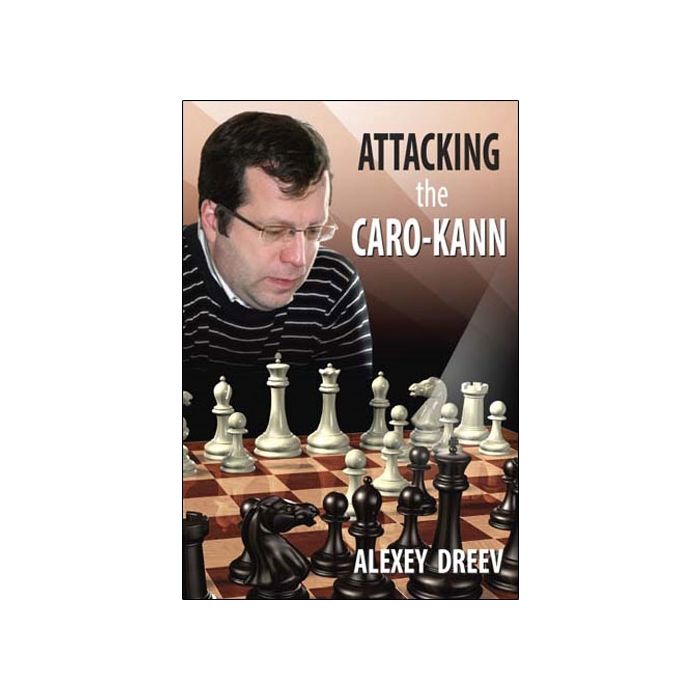 About / Attacking the Caro-Kann

The Advance Variation of the Caro-Kann Defence (1.e4 c6 2.d4 d5 3.e5) attracted for the first time the attention of the chess theoreticians during the World Championship match between Mikhail Tal and Mikhail Botvinnik back in the year 1961.

White seems to lose a tempo for the move 3.e5, but closes the centre in this way, providing himself with a considerable space advantage and impeding the harmonious development of Black's kingside.

The theory after 3.e5 has developed extensively nowadays too; nevertheless, the positions of the Advance Variation are considerably less studied than those in the classical lines, in which there is much less practical fight and much more a comparison of thorough theoretical erudition.

“My long-term experience in playing the Caro-Kann Defence with Black has shown to me that his problems in this variation are not easy to solve at all. The variation we analyse in this book often leads to non-standard situations on the board, so I would recommend it to players who are inclined to enter complicated and unusual positions and who hope to seize the initiative and to maintain it skilfully.” – writes Dreev.

Alexey Dreev is one of the most popular contemporary Russian grandmasters. He was twice World junior champion (under 16) and European champion under 20. Dreev is the winner of many international tournaments. With the Russian team, he was three times Olympic gold medalist and he also won two times the World team championship - in 1997 and 2005. He was the European champion for 2012 in rapid chess.

Dreev is a leading expert on opening theory and renown chess author. His previous books, published by Chess Stars, are My One Hundred Best Games,The Moscow & Anti-Moscow Variations, The Meran & Anti-Meran Variations , Dreev vs. The Benoni, and The Cozio Defence.