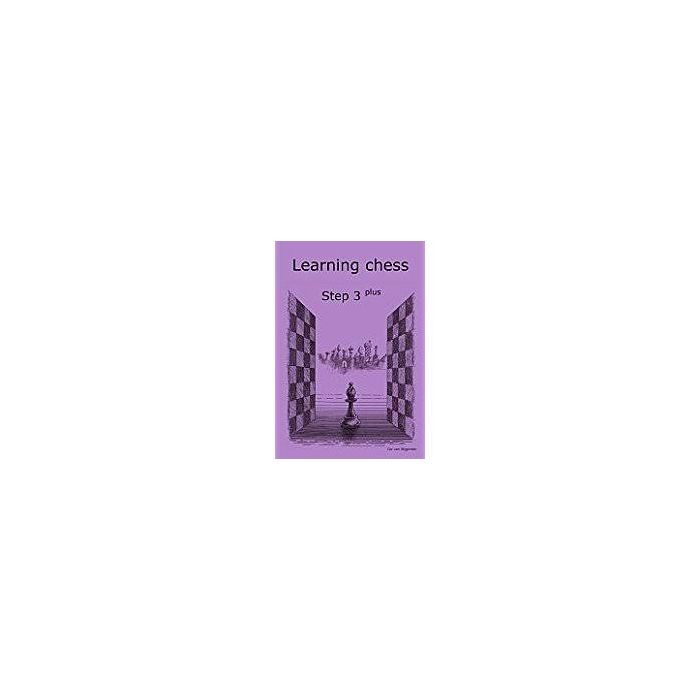 For many trainers the number of exercises in the ordinary workbooks is enough, but not for everyone. For many years there has been asked for 'more'.
Therefore, next to the existing workbooks the Extra workbooks and the Plus workbooks will be published.

The students will be able to do more exercises on almost the same level and consequently remain busy with the same step for a longer period. It is important that the difficulty level does not go up too quickly.

The problem of proceeding (too) quickly to the next step, that a lot of children are not yet ready for, can be prevented in this way.
Is it useful to solve many exercises?

In her column on Chesscafe Susan Polgar gives the following suggestion how the beginner should play better chess. One of the first things I suggest you to do is study middlegame tactics and endgame techniques.

There are many tactical puzzle books that you can learn from. I would say you can start with 10-20 puzzles daily. These puzzles can be checkmate in 1 or 2 or tactics that involve pins, forks, discovered attacks, etc. As you get better and more efficient, you can increase to maybe 30-40 puzzles daily. If you have time, the more puzzles you solve, the better you will become.

The contents of the Workbook Step 3 plus:

Elaborating the already introduced material:
• Mini-plans
Activating a piece, increasing activity, improving the pawn structure, exploiting vulnerability.
Try!Mini-plans
• Eliminating of the defence
Eliminate two defenders with one piece, eliminate two defenders at the same time and luring away a defender with two functions
• Mate
Bring in the chaser, the guard or the helper
• Opening
Developing and well-known combinations in the opening
• X-ray
X-ray as an aid in other combinations and x-ray protection
• Defending against mate
An addition to the lesson in Step 2
• Pinned pieces
Combinations that make use of the pin
• The square of the pawn
An addition to the lesson in Step 3
• Discovered attack
Special forms: the intermediate (in-between) move, elimination of the defence and trapping