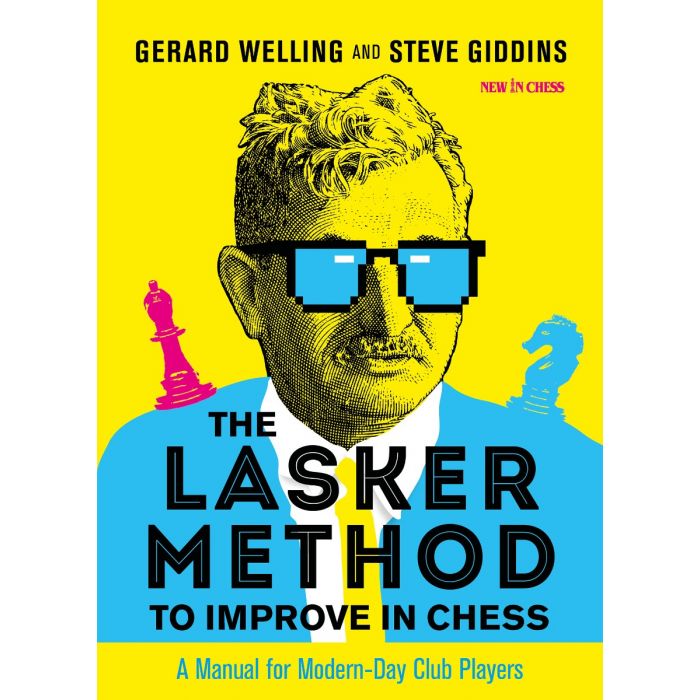 About / The Lasker Method to Improve in Chess

Many club players think that studying chess is all about cramming as much information in their brain as they can. Most textbooks support that notion by stressing the importance of always trying to find the objectively best move. As a result amateur players are spending way too much time worrying about subtleties that are really only relevant for grandmasters.

Emanuel Lasker, the second and longest reigning World Chess Champion (27 years!), understood that what a club player needs most of all is common sense: understanding a set of timeless principles. Amateurs shouldn’t waste energy on rote learning but just strive for a good grasp of the basic essentials of attack and defence, tactics, positional play and endgame play endgame play.

Chess instruction needs to be efficient because of the limited amount of time that amateur players have available. Superfluous knowledge is often a pitfall. Lasker himself, for that matter, also studied chess considerably less than his contemporary rivals.

Gerard Welling and Steve Giddins have created a complete but compact manual based on Lasker’s general approach to chess. It enables the average amateur player to adopt trustworthy openings, reach a sound middlegame and have a basic grasp of endgame technique. Welling and Giddins explain the principles with very carefully selected examples from players of varying levels, some of them from Lasker’s own games.

The Lasker Method to Improve in Chess is an efficient toolkit as well as an entertaining guide. After working with it, players will dramatically boost their skills – without carrying the excess baggage that many of their opponents will be struggling with.

Gerard Welling is an International Master and an experienced chess trainer from the Netherlands. He has contributed to NIC Yearbook and Kaissiber, the freethinker's magazine on chess openings. In 2019 Welling published, together with Steve Giddins, the highly successful chess opening guide Side-Stepping Mainline Theory.

“An instructive and pleasantly written book. Lasker’s method (to Welling and Giddens more important than his games) is explained in thematic chapters. The chapters on defence and amorphous positions, in particular, should be read by every chess player. Lasker’s opening repertoire is another practical asset of this manual: you can get going instantly. The ideas and important variations are explained. The openings are solid and timeless, so there is very little risk of novelties messing up your entire repertoire. The authors present model games that are also of interest if you don’t wish to play these openings, because in each case a principle of Lasker is presented very clearly. The book finishes with exercises. So there is a great variety of approaches and it simply never gets boring. A highly recommended book with a great practical value.”
Berry Braeken, Schaaksite

“The book is aimed at amateur players who don’t have much time to study. There is a lot of explanation given to plans in the illustrative games which are played by a wide variety of players and not just Lasker. A simple approach to the openings is interesting in that they give a short repertoire that avoids complications. I think it is a good idea to present some fresh games rather than the tired old examples. The chapters all have their good points and any studious reader will see a benefit at the board. Let Lasker be your guide to better chess!”
IM Gary Lane, Chess Moves Magazine

“This book, which is accessible to all levels of player due to the quality of the writing and the well-chosen material, is a refreshing attempt at producing a chess manual with a difference. In a world full of noisy information, it is worth remembering that sometimes less is more.”
Sean Marsh, CHESS Magazine

“A perfect book for every club player who wants to improve.”
Bab Wilders, Nederlands Dagblad

“The authors advocate to use Lasker’s methods to approach competitive chess and to aim for maximum efficiency of study time and decision making over the board. The book has a structure that supports the author’s goals. For example become familiar with the Lasker philosophy of chess and the discussion of endgames (long term lasting knowledge) are presented early in the book instead of material on openings. Welling and Giddins lay out his method of chess improvement around ten core chapter explained in seventy three games and fifty puzzles. This book provides club players with high quality content to improve at chess at the same time that help the reader to change his practical and mental way to play the game.”
Miguel Ararat, Florida Chess