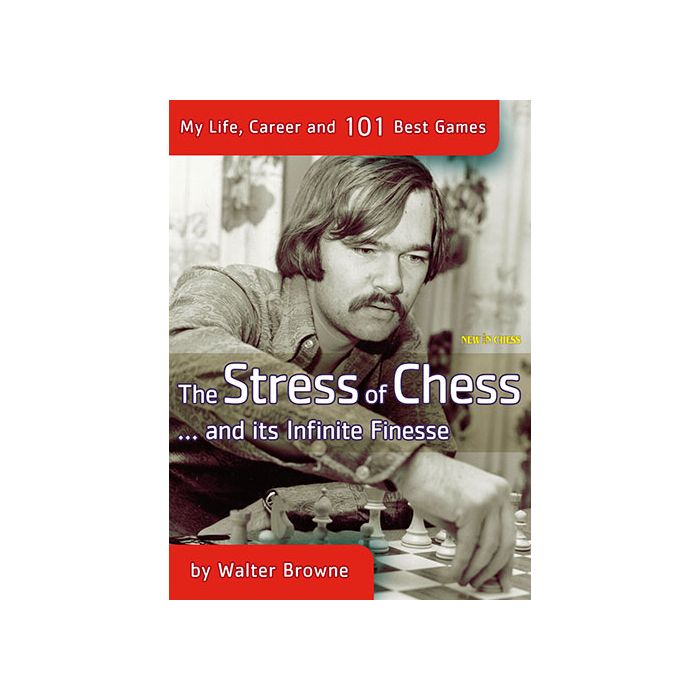 Walter Browne is a living legend of chess, a hurricane of a player with a daredevil approach. Browne, famous for his hair-raising time-trouble duels, considers chess ‘a natural cerebral high’. ‘By competing you are a winner, no matter the result’ is his motto.

At the peak of his career Browne won the US Championship six times and claimed countless national and international tournaments. A regular and successful competitor in the World Series of Poker in Las Vegas, his achievements as a poker player are almost as impressive.

In this memoir, Walter Browne recounts his formative years, when he befriended and played Bobby Fischer in New York City, and his later life on the road, when he trotted the globe, living life to the full.

Sharing colourful anecdotes about chess legends such as Tal, Karpov and Timman, and his rivals in the rough-and-tumble of American opens, Browne looks back on a rich career. He  presents his best games, full of sacrifices and fireworks, in a clear style that is easily accessible for amateur players.

Walter Browne was born in Australia in 1949 and moved with his family to the United States in 1953. He became an International Grandmaster in 1969 and won the US Championship six times. He won hundreds of thousands of dollars as a poker player.

British Chess Magazine:
"Autobiography at its most sincere, its most earnest. This is grim combat served at a pace."

Dr Danny Kopec, author of 'Winning the Won Game':
"You will find spectacular games and stories about encounters with many of the greatest players of our time. What a treat!"

Bill Cornwall, Los Angeles Times:
"Written by and about one of our country's greatest players, and it is long overdue."

Harry Schaack, KARL Magazine:
"Reading the narrative leaves the reader breathless (..) The way Browne tells (and remembers) the story reflects how obsessed a player he is, restlessly rushing from one game (chess, poker, backgammon, bridge, pool or scrabble) to another (..) He tells everything with the same intensity, as if it is happening now, because for him every game is an existential challenge. It is a life in the present, in the moment, having to prove itself again and again."

John Henderson, The Scotsman:
"With 432 pages and many wonderful game annotations and anecdotes from 'Mr Six-Time', this book is destined to become a hit not just in America but globally."

John Watson, TWIC:
"The games and annotations are nothing short of magnificent, and a tribute to Browne's skill, energy, and creativity."


Steve Giddins, author of '50 Ways to Win at Chess':
"An excellent read, and a superb collection of annotated games. One gets a very good feel for the life of a chess professional in the 70s and 80s, especially one as active as Browne. Many is the tale of last-minute flights, delayed flights, lost luggage, sleepless nights travelling, followed by a game the next day."

IM Arthur van de Oudeweetering, ChessVibes:
"The text oozes energy, also due to the pace with which you will read it (..) The game sections in each chapter are just wonderfully inspiring. If you want to get into a fighting mood, these will really boost your combativeness."

Sean Marsh, CHESS Magazine:
"Fascinating (..) uncompromising chess is the order of the day (..) the second best chess book of 2012."

David R. Sands, The Washington Times:
"'The Stress of Chess ... and i