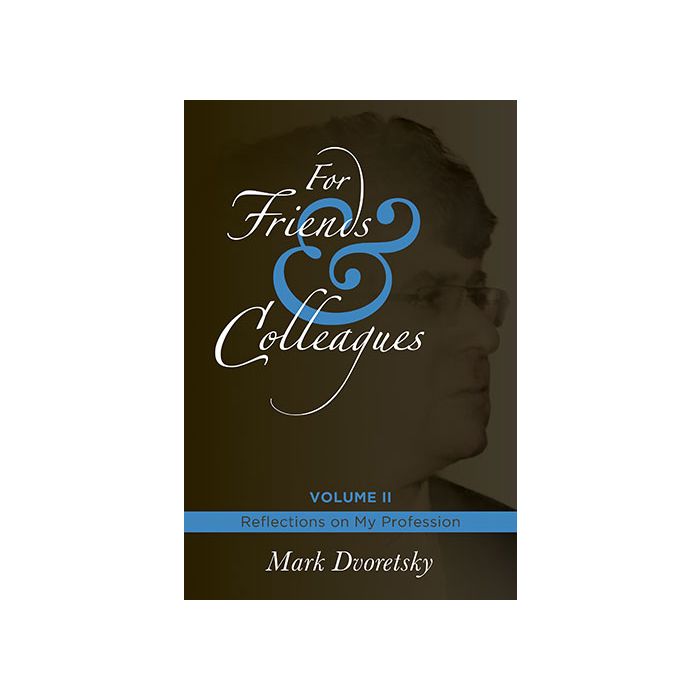 Mark Dvoretsky has long been considered one of the premier chess coaches and trainers in the world.

He is renowned for taking talented masters and forging them into world-class grandmasters and champions.

His literary achievements are also quite distinguished.

For example, Dvoretsky’s Endgame Manual, now in its fourth edition, established itself as the sine qua non of endgame theory from the moment it appeared over a decade ago.

In this second volume of his highly-acclaimed autobiographical work, the author focuses on his early development as a player, issues which challenge chess coaches, as well as varied topics related to improving one’s play.

Whether you are a player, coach, fan or passionate aficionado, you will find this second volume as enjoyable and enlightening as the first.

Like Volume I, Volume II is also available in the Deluxe Limited Signed & Numbered edition.

Sean Marsh, CHESS Magazine (UK):
"Very broad in scope, it offers no quick fixes or guarantees of improving one's play (..) Rather, it is a serious chess book with a long shelf-life and one to which I will return to often (..) A cornucopia of chess excellence; a book for the connoisseur."

Here’s what the critics had to say about Volume I:

Chris Wainscott, ChessIQ.com:
“An insightful glimpse into the mind of one of the strongest coaches in any sport ever to walk the face of the earth. I can’t recommend this book highly enough, especially for students of chess history.”