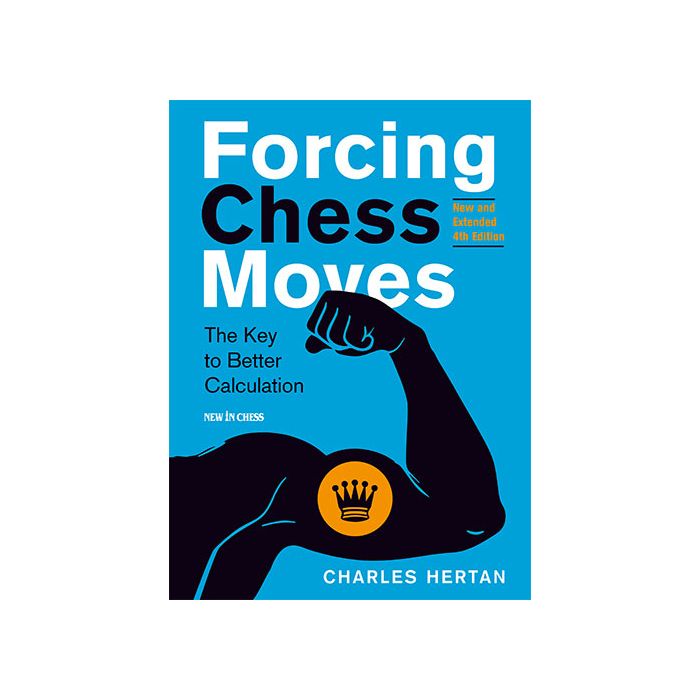 WINNER of the ChessCafe 2008 Book of the Year Award

SHORTLISTED for The Guardian 2008 Chess Book of the Year Award

Why is it that the human brain so often refuses to consider winning chess tactics?

Every chess fan marvels at the wonderful combinations with which famous masters win their games. How do they find those fantastic moves? Do they have special vision? And why do computers outwit us tactically?

Forcing Chess Moves proposes a revolutionary method for finding winning moves. Charles Hertan has made an astonishing discovery: the failure to consider key moves is often due to human bias. Your brain tends to disregard many winning moves because they are counter-intuitive or look unnatural.

It’s a fact of life: computers outdo us humans when it comes to tactical vision and brute force calculation. So why not learn from them? Charles Hertan’s radically different approach is: use COMPUTER EYES and always look for the most forcing move first.

By studying forcing sequences according to Hertan’s method you will:

This New and Extended Fourth Edition of Hertan’s award-winning modern classic includes 50 extra pages with new and instructive combinations. There is a foreword by three-time US chess champion Joel Benjamin, and a special foreword to this new edition by Swedish Grandmaster Pontus Carlsson.

Steve Goldberg, ChessCafe:
"When the clock is ticking away, and you have too many viable candidate moves to choose from, remember Hertan's advice."

Former US Champion Joel Benjamin:
"By organizing and explaining the nature of great chess moves Hertan has brought us all closer to being able to find them."

Erik Rausch, Rochade Europa:
An intensive training course for advanced players to improve their tactical vision and calculation. You will increase your tactical striking powers a lot."

Harold Dondis, The Boston Globe:
"The categories in this book are quite unusual. This work is an ample and accurate collection of startling problems bulging with combinative surprises."

Elisabeth Vicary, US Chess Federation Online:
"I love this book."