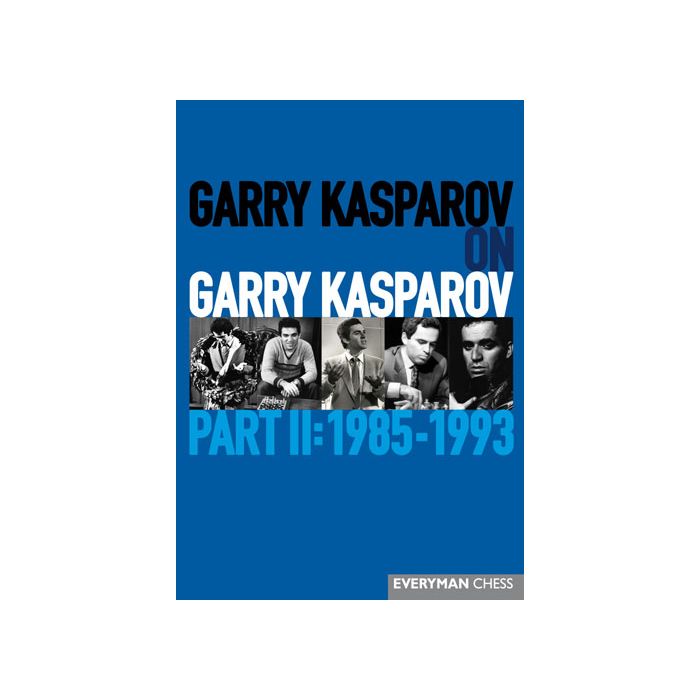 Kasparov's series of historical volumes have received great critical and public acclaim for their rigorous analysis and comprehensive detail regarding the developments in chess that occurred both on and off the board.

Part I of this series saw Kasparov emerging as a huge talent and eventually toppling his great rival Anatoly Karpov to gain the world title.

This volume focuses on the period from 1985-1993 which witnessed two further matches against Karpov as well as Kasparov's first title clash with a "non-Karpov" opponent when he successfully defended his title against Nigel Short in London in 1993.

Kasparov also emphasized his superiority over his opponents with spectacular results in both individual and team events. Kasparov won the board gold medal in three Olympiads (Dubai 1986, Thessaloniki 1988 and Manila 1992).

Despite generally adopting an uncompromising, double-edged attacking style he almost never lost. The games in this volume feature many masterpieces of controlled aggression played against the world's absolute best.

Garry Kasparov is generally regarded as the greatest chess player ever. He was the thirteenth World Champion, holding the title between 1985 and 2000. His tournament record is second to none, featuring numerous wins in the world's major events, often by substantial margins.

As well as his outstanding successes, Kasparov has constantly promoted the game; he has done more than anyone to popularise chess in modern times.