Kotronias on the King's Indian - Volume 1

Kotronias on the King's Indian - Volume 1 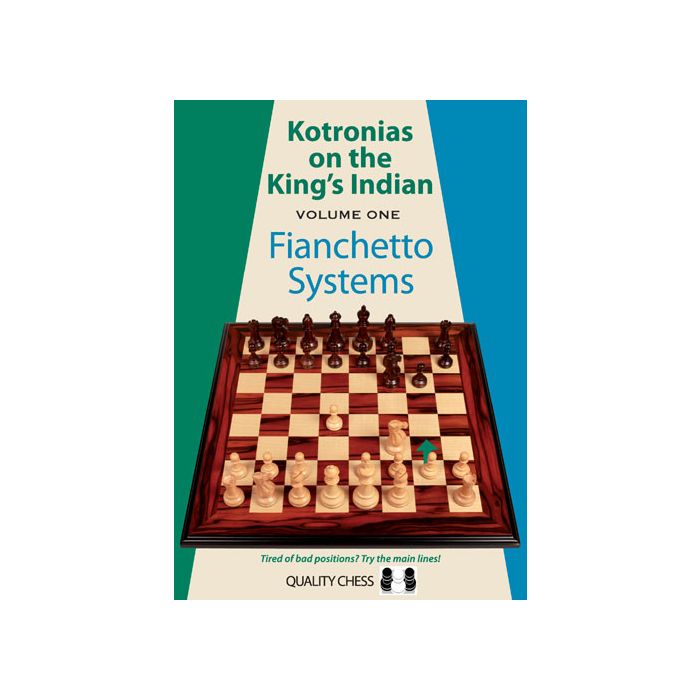 The King's Indian Defence is one of Black's most dynamic and aggressive responses to 1.d4. A favourite weapon of both Fischer and Kasparov, it is a popular choice at all levels of play.

In Kotronias on the King's Indian, Grandmaster Vassilios Kotronias places this bold system under the microscope and provides a world-class repertoire for Black.

In this, the first volume of the series, Kotronias examines all the major set-ups featuring an early g2-g3. These fianchetto systems are considered by many King's Indian players to be awkward to meet, as they aim to exert positional pressure while thwarting Black's traditional kingside attack.

With a repertoire based on ...Nbd7 and ...e5, Kotronias shows how Black can obtain middle game positions that are both theoretically sound, and rich in tactical and counterattacking resources.

As well as providing detailed analysis, the author also shares his considerable knowledge of typical middlegame themes, both positional and tactical. A special selection of test positions is provided, enabling the reader to sharpen his tactical skills and increase middlegame understanding.

Vassilios Kotronias is a nine-time Greek Champion and mainstay of the Greek national team, as both player and a coach. He is feared for his profound opening preparation, and is regarded as one of the world's foremost experts on the King's Indian Defence.